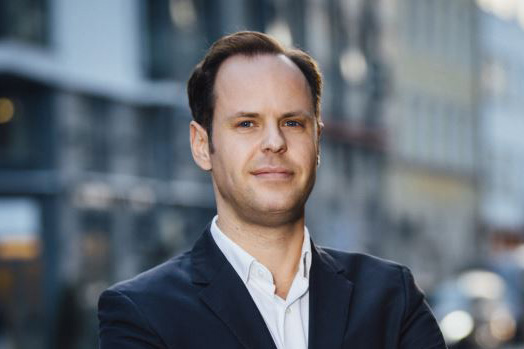 Where Expats Love to Work

In an increasingly global world, more and more professionals are finding themselves employed in foreign countries. Whether being sent abroad by an employer or seeking some sun and a more relaxed work environment, expat workers are moving to a plethora of destinations.

The results of a survey conducted by global expat network InterNations found that Malta attracts IT professionals and Norway entices with its favorable work-life balance, while expats in Luxembourg enjoy excellent job security.

The most recent Expat Insider survey found that Malta is the best place for workers hoping to enjoy the sun as well as their jobs. Of those who have moved to Malta, one-quarter say that their primary reason for relocating was a better quality of life, making it the country with the highest amount of people moving to for this reason. Additionally, three-quarters of those who moved to Malta said they had the climate and weather in mind before moving.

Compared to the global average, a lower percentage of expats moved to Malta strictly for career-related reasons, with only three percent mentioning being sent by their employer as their primary motivation and four percent focusing on finding a job on their own (the global average being 13 percent in both cases). Expats in Malta are less likely than their counterparts around the world to be in a traditional employee/manager role and are more likely to be a self-employed professional or an entrepreneur than the global average.

Job satisfaction is high in Malta, with seven in ten expats saying they are generally satisfied with their jobs and 27 percent even claiming to be completely satisfied, compared to a global average of 16 percent. Job satisfaction isn’t the only thing drawing expats workers to Malta, so are career prospects. Two-thirds of those living here are generally pleased with their career prospects and two in ten couldn’t be happier.

Expat Women Around the World

Most and Least Affordable Housing Markets in the World

The high number of gaming companies which have begun operating out of Malta over the last few years have led to a number of expats in this field relating to this Mediterranean archipelago. Twenty-two percent of expats working in Malta work in the IT and gaming sector, compared to the overall global average of ten percent who work in the same field. Hospitality and tourism, retail and trade, as well as recreation and entertainment are also popular career sectors for expat workers in Malta.

Malta is also great for work-life balance, ranking third in this category. For those who truly want to prioritize work-life balance, look no further than Norway. The percentage of expats here who are completely satisfied with their working hours (30 percent) is well over the global average of 19 percent.

Job security is also a draw to Norway. Seven out of ten expats here are generally satisfied with their level of job security. Expat workers can also feel comfortable about the state of the economy, with a full 93 percent of expats surveyed stating that they are generally happy with the state of the economy and 53 percent—over twice the global average of 25 percent—think it is very good. The oil and gas sector plays an important role in Norway’s economy and employs seven times the number of expats than the global average (28 percent compared to four percent).

Compared to Malta and especially Norway, expats working in Luxembourg are much less happy with their working hours. Only 68 percent of expats surveyed in Luxembourg said that they are generally happy with their working hours and eight percent are not happy at all. What they’re missing in their work-life balance, expats in Luxembourg make up for in job security. Two-thirds of expats here are generally satisfied with job security in the country and 27 percent are completely happy, compared to the 16 percent who said the same worldwide.

Expats in Luxembourg are generally satisfied with their jobs and one-fifth couldn’t be happier. Three-quarters of expats here are in overall agreement that their relocation to Luxembourg was a good move for their career.

Malte Zeeck, CEO and co-founder of InterNations, has a Master of Business Administration from the University of St. Gallen, Switzerland, and additionally studied at the Bocconi University in Milan, the Fundação Getúlio Vargas in São Paulo, and the Deutsche Film- und Fernsehakademie in Berlin.