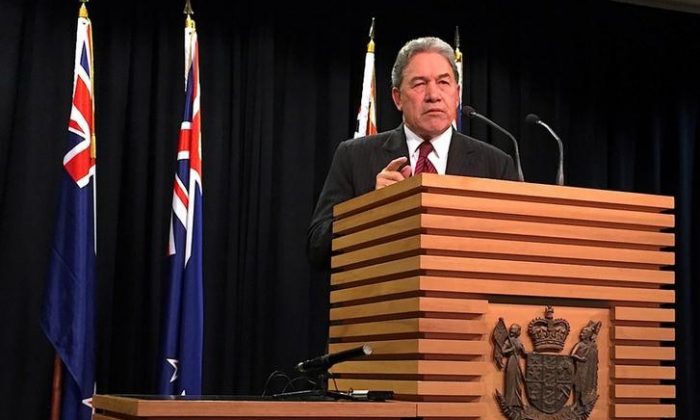 New Zealand’s Chinese expatriate community is so afraid of communist China’s reach that many of its members shy away from joining protests that criticize the communist regime, New Zealand’s deputy prime minister has said.

“As for the Chinese people, the reason they do not protest is they fear the reach from their homeland should they do that,” Peters said on Radio Live. “This is all around the Western world that you see this. The only exceptions to that rule are Falun Gong [practitioners] and others [persecuted groups]. Otherwise, it is a view that is well left alone. They just do not want to be out there protesting.”

Falun Gong, also known as Falun Dafa, is an ancient meditation practice that consists of a set of gentle exercises and follows the moral principles of truthfulness, compassion, and tolerance.

Fearing the immense popularity of the practice, with between 70 to 100 million practitioners by the late 1990s, then-Chinese Communist Party (CCP) leader Jiang Zemin launched a brutal campaign of persecution against its adherents. The persecution has claimed an unknown number of lives, often due to torture, and left hundreds of thousands of families shattered.

According to Levi Browde, executive director of the Falun Dafa Information Center, despite the two-decade campaign of persecution, Falun Dafa adherents continue to peacefully defy the CCP’s persecution policies.

“Something few observers would have foreseen in 1999 has … occurred—Falun Gong has survived, some would say is thriving, and now some Chinese officials are on the defensive,” Browde wrote in an op-ed in The Diplomat.

Peters also raised concerns about espionage efforts of China in New Zealand, and said he is worried about the case of Jian Yang, a New Zealand member of Parliament who has admitted he taught English to spies in China.

“If you define those cadets or students as spies, yes, then I was teaching spies,” Yang told The Associated Press in 2017 after reports about his past became public. “I can understand that people can be concerned because they do not understand the Chinese system.”

“We are being asked to believe that someone, who was part of the Chinese secret service, has no longer any loyalty to that service, and I do not hear enough denials,” Peters said.

“Those allegations are massively defamatory, but no one is suing them, are they? If they are not true, they are awfully defamatory so why has there not been a lawsuit on that matter?”

Peters added that he admires the work ethics and family-oriented values of many Chinese expatriates who he describes to be “very industrious” no matter which corner of the world they live in.

“Wherever they have been in Africa or in Asia or America, the Chinese work hard. They save hard, they are family-oriented, and more importantly, they have a long-range focus like great cultures always do,” he said.

“They do not just live like Queen—you know how the song goes: ‘I want it all and I want it now.’

“That’s not Chinese. Chinese work for decades and generations to achieve their long-term goals, which is very admirable.”