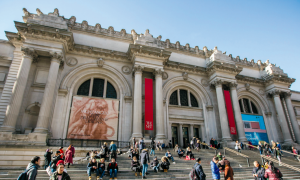 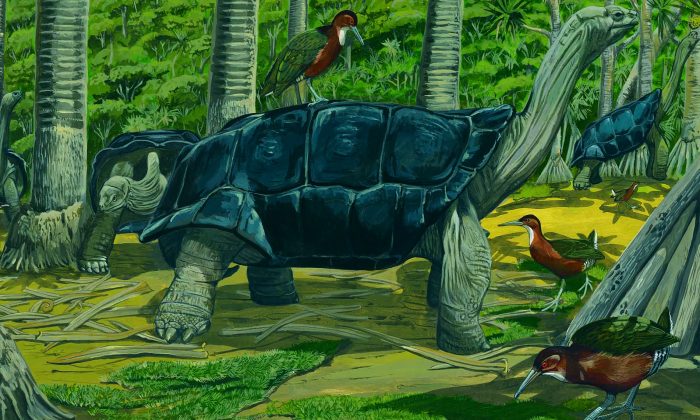 An undated artist's impression of the white-throated rail in Aldabara, the Seychelles. (Natural History Museum)
archaeology

Exotic Flightless Bird Evolves Back For First Time in 136,000 Years

A bird thought to have evolved away from being flightless thousands of years ago is once again unable to fly, researchers have discovered.

The Natural History Museum in the UK has found the last surviving native flightless rail on Aldabra in the Seychelles, 390 miles east of Tanzania in the Indian Ocean. The research team led by paleontologist Julian Hume discovered the descendant of the flying white-throated rail had lost its ability to fly twice across a 16,000-year period.

“This is one of the fastest recorded timelines of a bird losing its ability to fly,” the museum said in a blog post.

After going extinct once, a species of flightless bird evolved into existence for a second time.
https://t.co/klGqsLVIKU pic.twitter.com/OXEXQnqU8K

The bird that came back from the dead.

How one species of flightless bird evolved again, having previously gone extinct.https://t.co/3dSfg6IVqf pic.twitter.com/DYbM8gCaC1

Scientists found fossil evidence of the flightless rail on Aldabra dating back 136,000 years in research published in the Zoological Journal of the Linnean Society.

“In the years following these 136,000-year-old rail fossils, the white-throated rail became flightless again around 118,000 years ago,” the museum said.

The white-throated rail, a flightless bird, has gone through an extremely rare process called “iterative evolution” in which it repeats evolution and is now back from the dead, a mere 136,000 years after its extinction https://t.co/pa5M2mKk0q

The study said the Indian Ocean was once home to a diverse range of flightless birds, with the most well-known species being the dodo from Mauritius.

“As humans spread out across the ocean and colonized these islands, each of these bird species spiraled into extinction except the Aldabra rail (dryolimnas cuvieri aldabranus),” the museum wrote. “Aldabra sediments show that the island had been completely submerged by the ocean on multiple occasions, eradicating all life on its shores.”

Hume said the entire wildlife of the island has completely changed since the island of Aldabra sank under the ocean.

“Aldabra went under the sea and everything was gone,” he said in the blog post. “There was an almost complete turn over in the fauna. Everything including an endemic crocodile and duck, as well as the tortoise and the rail went extinct. Yet as the Aldabra rail still lives on today, something must have happened for it to have returned.”

https://t.co/JrHy08IzvH The last surviving flightless species of bird, a type of rail, in the Indian Ocean had previously gone extinct but has risen from the dead thanks to a rare process called ‘iterative evolution'(the repeated evolution of similar or parallel structures from… pic.twitter.com/rNxL24LmGn

Hume recovered a fossilized leg bone from the last flood event about 118,000 years ago, showing the rail was more robust and heavier than the flying rail, causing it to lose its ability to fly again. He said this was unprecedented.

“There is no other case that I can find of this happening where you have a record of the same species of bird becoming flightless twice,” he said in the blog. “It wasn’t as if it were two different species colonizing and becoming flightless. This was the very same ancestral bird.”

However, the white-throated rail once again recolonized the islands and became flightless after the sea levels dropped, giving rise to the modern birds researchers have seen nowadays.

“This means it does not take much for evolution to favor flightlessness on an island in which there were no terrestrial predators and plenty of food on the ground, so there was no need to develop those wing muscles at all,” the museum said.