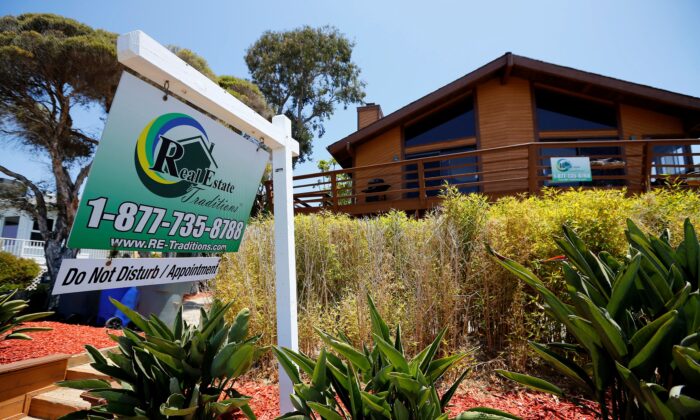 A single-family home is shown for sale in Encinitas, Calif., on May 22, 2013. (Mike Blake/File Photo/Reuters)
Business & Markets

Sales of previously occupied homes in the United States surged by a forecast-beating 6.7 percent in January, with the supply of existing homes for sale falling to a record low and prices again ticking up, according to the National Association of Realtors (NAR).

Existing-home sales rose to an annual rate of 6.5 million in January, up 6.7 percent from December, a month that saw sales drop by 3.8 percent. Consensus forecasts expected a 1 percent decline in previously occupied home sales in January.

“The market is still thriving as an abundance of home sales took place in January,” NAR President Leslie Rouda Smith said in a statement.

The spike in in January sales could reflect buyers rushing in to close on contracts amid market expectations of a further rise in mortgage rates, which have risen sharply to levels not seen since 2019 on anticipation that the Fed will raise interest rates to try to cool surging inflation.

January saw a rise in the share of sales to investors, with the percentage of such transactions climbing to 22 percent from 17 percent in December and 15 percent from a year ago.

Strong demand and tight supply drove up the median price of a home sold in January to $350,300, an increase of 15.4 percent from a year ago, marking the 119th consecutive month of year-over-year price increases, the longest-running streak on record.

The inventory of unsold existing homes fell to an all-time low of 860,000 at the end of December, which represents 1.6 months of inventory at the current monthly sales pace, which is also a record low. A supply of between 4-6 months is generally considered a balanced market.

“We will continue to beat the drum for more inventory, which will give buyers additional options and will also help alleviate increasing costs,” Rouda Smith said.

“Production disruptions are so severe that many builders are waiting months to receive cabinets, garage doors, countertops, and appliances,” Jerry Konter, chairman of the National Association of Home Builders (NAHB) said in a Feb. 16 blog post.

“These delivery delays are raising construction costs and pricing prospective buyers out of the market,” he added.