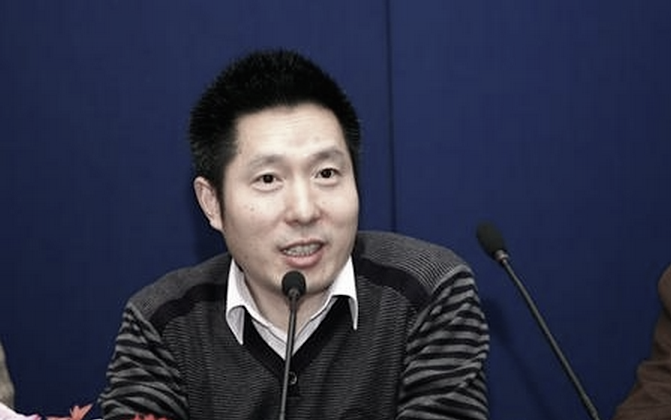 Guo Zhenxi, director of the Financial Channel at Chinese Central Television, was recently arrested and is under investigation for bribery, reports say. (Screenshot/sina.com)
China

Three high-level executives and two staff members at the Finance Channel of China Central Television, the official mouthpiece of the Chinese regime, have been taken away by police as part of a corruption investigation, according to reports.

The arrests and interrogations began taking place in June, and are part of a nationwide and thoroughgoing anti-corruption campaign being waged by the leadership.

Guo Zhenxi, the head of the Finance Channel, and Tian Liwu, the producer, were investigated “under coercive measures of procuratorial organs,” having been suspected of bribery, according to the state-run Xinhua News on June 1.

On June 6, another producer of the channel, Wang Shijie, was also investigated. Following Wang, a young female host and a female scenarist-director were taken away by police as well. Their details were not released. The reports of arrests did not appear immediately in the Chinese press.

Director Guo Zhenxi’s arrest was a shock to China’s media industry. The 49 year-old Guo has worked at CCTV for 22 years, and is considered a powerful executive at the station. He was in charge of the channel’s lucrative advertising department and the Finance Channel, each for over eight years. Both locations are pregnant with opportunity for personal enrichment, given the common anecdotes of pay-to-play practices in the Chinese media.

Guo’s wife and his only daughter are based abroad, Chinese media reports say. Predictably, the news of his arrest has been accompanied by stories of corruption—one rumor making the rounds says that Guo gained two billion yuan ($325 million) over his eight years working at the Finance Department, primarily through the receipt of bribes. Such figures are impossible to independently confirm.

It is not controversial that the nature of the job would have allowed such opportunities, however.

The major programs run by the Finance Channel allowed Guo to built close relationships with big businesses across China, and for a businessman in China, Guo Zhenxi would be the right type of friend.

For example, Guo was in charge of an annual program, broadcast on March 15, which purported to protect consumer rights by exposing and attacking the problematic business practices of a target company.

Another program is the Annual Economic Figures, which ranks the best merchants in China. Both programs are widely thought to be a kind of “blacklist” and “whitelist” of businesses in China—and money is paid to avoid the blacklist, and get on the whitelist, according to the state-run Global Times.

While the arrest of Guo Zhenxi appears to be mostly about economic corruption, other investigations related to CCTV have seemed more concerned with a purge of political enemies.

Last December, Li Dongsheng, the former deputy secretary of the Ministry of Public Security, was removed from office and put under investigation. Li was previously, for many years, vice president of CCTV. Global Times says that Guo Zhenxi was called to “assist” with the investigation against Li Dongsheng.

Li was, most notably, at the time of his arrest the head of the 610 Office, an extralegal security apparatus set up to carry out the persecution of the Falun Gong spiritual practice, which has been targeted in China since 1999. The 610 Office was responsible for the incitement and spread across China of mental and physical torture of Falun Gong practitioners in custody, aimed at forcing the victims to renounce their spiritual beliefs.

Before Li Dongsheng left CCTV in 2002, he assisted in the production of a series of television programs vilifying Falun Gong, in line with official propaganda directives. At the time of his purge anecdotes surfaced of Li working his way through the ranks through bribing higher-level officials by prostituting out young, female CCTV hosts.

Wang Shijie, Guo’s colleague who was also reported arrested, is a 20-year veteran at CCTV, and enjoyed close ties with Guo. Caixin, a business magazine in China, reported that Wang controlled the financial purse strings of the whole Finance Channel.

China Central Television is now the focus for the Party’s anti-corruption drive, according to Mingjing News, an overseas Chinese media that regularly reports on political corruption in China. The Central Commission for Discipline Inspection and the Audit Commission have five teams targeting CCTV, and over 100 CCTV staff members have been questioned, Mingjing claims. Mingjing reported that a source in Beijing said that corruption is so rampant at CCTV that most of the hosts are multi-millionaires, and most of the high-level executives billionaires.