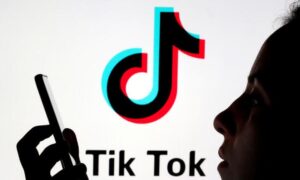 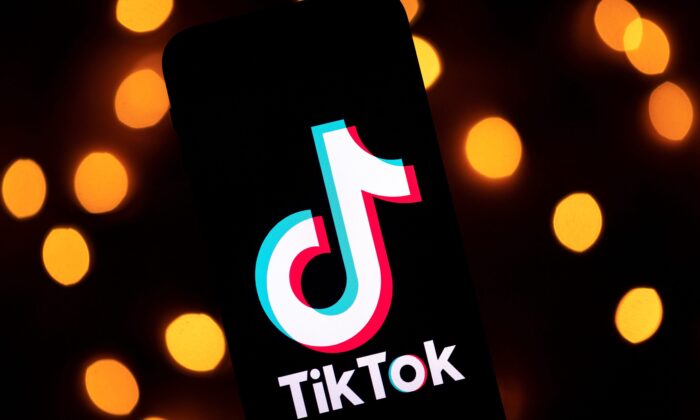 The logo of the social media video-sharing app Tiktok displayed on a tablet screen in Paris, on Nov. 21, 2019. (Lionel Bonaventure/AFP via Getty Images)
Chinese Regime

A former Chinese internet censor said he was interviewed for the role of monitoring and policing videos posted by international users of TikTok, a Chinese-owned short video app used by millions of Americans.

Liu Lipeng, who worked as an online censor in China for a decade, said he was passed over for the job in 2018 after suggesting during the interview that TikTok shouldn’t overly censor content because Americans value freedom of speech.

He described TikTok’s parent company ByteDance Technology Co., the Beijing-based digital technology firm with a reported valuation of $100 billion as of May, as “the largest and most terrifying censorship machine” he has ever seen.

Liu’s claims coincide with rising public concerns over TikTok’s ties to the Chinese regime, and come as the Trump administration considers banning the app over national security risks. U.S. officials and experts have sounded the alarm that the app could be used to spy on and censor American users.

The company rejects those claims.

Liu, from the northern Chinese city of Tianjin, built his career as a “content reviewer” for the popular Chinese media apps Weibo, a Twitter-like platform, and Leshi, a video platform similar to YouTube. In China, all social media companies must comply with the regime’s tight censorship rules, and use algorithms and human censors to monitor and scrub posts deemed sensitive by the Chinese Communist Party.

Liu says he wasn’t asked only to monitor content inside China’s walled-off internet. He said he interviewed with ByteDance on Oct. 18, 2018, for a content manager position that would inspect “globalized videos” on TikTok, according to the job recruitment notice.

Alongside TikTok, ByteDance runs a Chinese version of the app named Douyin.

Liu, who moved with his family to the United States in March, described the interview experience as “ridiculous”—the firm took extreme measures to ensure secrecy, which baffled him at the time.

A ByteDance staff member was waiting for Liu as he arrived at the company’s office in Tianjin. and “took him to walk in circles” inside the building. The employee also instructed him not to look around.

“You may as well put a black cover over my eyes,” he told The Epoch Times. “It felt like visiting the den of a drug lord.” He couldn’t turn his head sideways, nor would they let him see the work cubicles, he said.

“I won’t be able to find it [the ByteDance office] if I go there now,” he said, adding that there were surveillance cameras monitoring the workers to make sure they wouldn’t remove any materials from the site. He estimated that the ByteDance facility housed at least 4,000 employees at the time, with a portion of the staff working on TikTok.

He said the level of secrecy puzzled him, until he realized the purpose of the role for which he was interviewing.

“They are directly censoring Americans’ speech,” he said. The ByteDance staff “have gone through over a decade of the Chinese Communist Party’s [CCP] political indoctrination … people who are scared out of their wits by the CCP and live in fear.”

During the job interview, Liu expressed a different vision for the role. Having previously lived abroad for a number of years, Liu said he told the interviewer, “I understand more about how much Americans care about freedom of speech, and therefore, we shouldn’t overregulate.”

Liu was ultimately rejected because of those views, he believes. The company approached him about another job after he came to the United States earlier this year, which he declined.

TikTok didn’t immediately respond to a request by The Epoch Times for comment.

The app has previously said it doesn’t use Chinese moderators to handle content on TikTok. In March, the company announced it would open a “transparency center” in Los Angeles to allow outside experts to see how TikTok moderates content.

Liu says being in the United States means that he needs to defend U.S. interests and there’s “no turning back,” he said.

“We [were] doing the dirtiest work, with police’s guns behind our backs,” he said, noting that the CCP’s censorship apparatus has ballooned and become more restrictive over the past decade.

Party membership wasn’t mandatory when he first entered the trade, and hiring was conducted furtively, he said. These days, recruitment is out in the open, while one of the main qualifications is to have strong “political awareness.”

He noted that posts with CCP-endorsed ideologies, such as patriotism and socialism, are allowed to stay on the platform.

The recruiters also target college graduates whose worldviews have been shaped by years of the regime’s brainwashing education, according to Liu. This new generation of recruits have a tendency to zealously over-censor, and even have to be trained on “how not to delete mindlessly,” he said.

This isn’t the first time TikTok has drawn scrutiny for imposing Beijing-style censorship on overseas users. The Epoch Times recently reported that the app closed the account of a Chinese international student in New Jersey after he posted a video spoofing the Chinese national anthem.

The company came under fire last December for suspending the account of a U.S. teen who posted a video criticizing Beijing’s suppression of Uyghur Muslims in China’s far-western Xinjiang region.

In September 2019, The Guardian reported that TikTok instructed its moderators to censor certain videos that mention topics considered taboo by the Chinese regime, such as the Tiananmen Square Massacre and Falun Gong, a spiritual practice that has been severely persecuted in China since 1999. The report was based on leaked documents detailing the app’s moderation guidelines.

TikTok, in its response at the time, said that such policies were replaced in May 2019 and are no longer in use.

A U.S. review panel is currently probing ByteDance’s $1 billion acquisition of U.S. social media app Musical.ly—which was rebranded to TikTok—in 2017. It is investigating whether the deal raised national security risks.

Following India’s recent decision to ban TikTok and 58 other Chinese apps, the Trump administration confirmed that it was also considering a similar move. White House chief of staff Mark Meadows said on July 15 that a number of administration officials were “looking at the national security risk as it relates to TikTok, WeChat, and other apps.”

“I don’t think there’s any self-imposed deadline for action, but I think we are looking at weeks, not months,” Meadows said.

This article was updated to include a previous comment from TikTok.