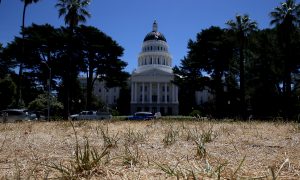 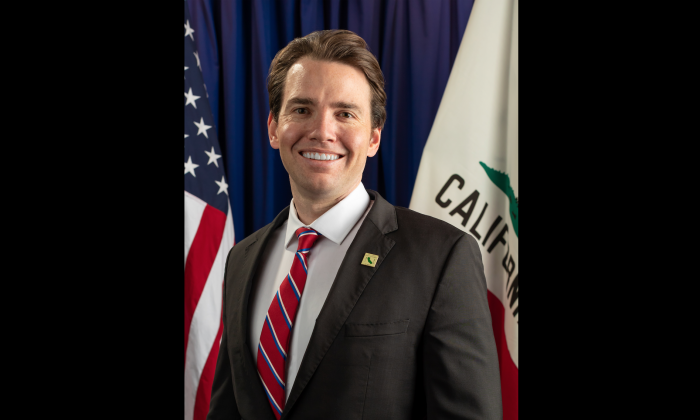 The seat became vacant after Ted Gaines (R) was elected to represent District 1 of the California State Board of Equalization.

In an exclusive interview with The Epoch Times on February 27, 2019, we asked Kiley about his candidacy for California State Senate to represent District 1. He is running because “our state, right now, is facing a lot of challenges. We’ve been moving in the wrong direction for some time, and there’s a sense of urgency right now,” said Kiley.

As part of his campaign, taxes, public safety, environment, healthcare, and the current state legislature are some of the issues Kiley plans on addressing if elected state senator.

Kiley expressed that California is in need of reviving the Republican Party, and he believes the current state legislature needs more balance in terms of political party relevance.

When asked about which values should guide California, Kiley responded that the state needs more conservative values.

“I think that what we need right now in this state is some common sense, conservative reforms that will address issues, like educational opportunity, providing access to quality education for every child, lowering the cost of living, improving public safety, standing with law enforcement, and keeping our communities safe,” he said.

We also asked Kiley about Proposition 13 and his plan to combat Governor Gavin Newsom’s plan for tax increases on tap water.

“California pays pretty much the highest taxes in the country, and yet there continue to be more and more proposals to increase taxes even more. That’s a big reason why it’s so expensive to live here,” explained Kiley.

California places in the top 10 in terms of states with the highest tax rates and tax collected per capita, according to the Tax Foundation.

If elected, one of Kiley’s top priorities is to decrease taxes for middle-class families, seniors, and small businesses, and protect Proposition 13. Prop. 13 was passed in 1978 and reduced property tax rates on homes, businesses and farms by about 57% in California. It also set limits on how much property tax rates could increase per year.

As a state assemblymember, Kiley has lead the fight against other tax increase proposals, such as the gas tax.

He now proposes a plan to “use existing revenues from what is already an enormous budget to take care of the problems that we face, whether that’s around water, access to clean drinking water, or improving our roads.”

He explained that the state needs to use the taxes collected for their designated purposes, rather than diverting the tax money for other purposes.

Because water is a valuable resource in California, we also asked Kiley about the Green New Deal and how it could impact California farmers if it’s passed by Congress.

“The whole concept of the Green New Deal has been essentially tried and failed here in California. We have passed regulation after regulation on business, on agriculture, on different industries to supposedly help the environment, although often are just about special interests,” he said.

The regulations passed in the past have lead California, today, to have high cost of living and poverty rates, frequent wildfires, and high taxes, Kiley further explained.

Kiley was also asked to comment on public safety and the possible changes or legislation he would like to bring if elected State Senator.

“First we need to pull back the dangerous liberalization of our criminal code that we’ve seen in recent years under Jerry Brown. Prop 47, Prop 57, and other related laws have taken tools away from law enforcement, and failed to have appropriate consequences for criminal behavior,” he replied.

Additionally, he said that, as a state, we need to stand with and respect our law enforcement and provide them with the necessary support they need to carry out their duties.

As his teacher, he concluded with some comments on the state of the California education system. California spends the most on education in the entire country yet places significantly below the national average in terms of academic performance.

To this, Kiley responded, “We have some great public schools in California, don’t get me wrong, but we have too many that are failing to give our students the education that they need. So, I am fighting for education reforms that will respect teachers as professionals. That will stop micromanaging our schools from Sacramento, but will instead empower local communities, bring accountability and transparency to the education system, and that will revive locational or career technical education.”

The special primary election for California State Senate District 1 will be on March 26, 2019 and the general election on June 4, 2019.