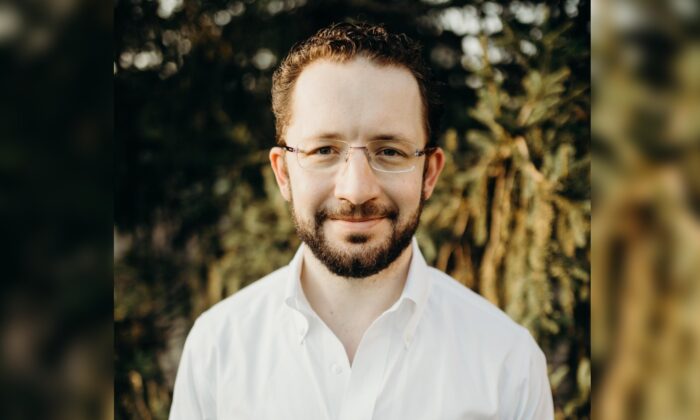 O.H, Skinner, executive director of Alliance for Consumers and a former solicitor general of Arizona. (Courtesy of O.H. Skinner.)
Economy

“Trial lawyers salivate at mandatory things that companies have to say or do, because that’s more statements, more things that they can sue over—and take a big cut out of,” Skinner, executive director of the Alliance for Consumers and a former Arizona solicitor general under Attorney General Mark Brnovich, told The Epoch Times in an exclusive interview.

He pointed to a 2021 op-ed by attorneys from the Motley Rice law firm advocating that judges should take environmental, social, and corporate governance (ESG) into account in more cases.

In a January 2022 report on political donations by major trial lawyer firms, Alliance for Consumers found that 98 percent of Motley Rice’s $1.76 million in donations from 2017 through 2020 went to Democratic candidates or allies of the Democrats, including at least $119,317 to Biden’s presidential campaign and the Democratic National Committee.

SEC Commissioner Gary Gensler and two other commissioners, all Democrats, voted for the new rules on March 21. The lone Republican on the SEC, Hester Peirce, issued a detailed statement explaining why she dissented.

The fifth seat on the commission remains open after being vacated by Republican Elad Roisman in January 2021.

Lawyers and law firms as a whole greatly favored Biden over President Donald Trump ahead of the 2020 election, donating more than $54.1 million to Biden and about $7.94 million to Trump, according to OpenSecrets, a nonprofit organization that tracks campaign finance and lobbying data.

“Trial lawyers will benefit here, and trial lawyers are the kind of donors that helped put Joe Biden into office,” Skinner said. “There’s a whole business trial lawyers engage in, where they sue companies over the financial disclosures.”

Representatives for Motley Rice didn’t respond to a request for comment by press time.

“From a trial lawyer’s perspective, if a company has to talk about greenhouse gas emissions and has to talk about the risk of climate change, they can come back around to every single one of those statements and say, ‘You understated your greenhouse gas emissions, and so therefore you should pay me millions of dollars to settle this case,’” Skinner said.

“A trial lawyer will sue, and push the companies to make even more aggressive statements about the risk of climate change to try to protect themselves from more lawsuits,” he said. “The left-wing members of the SEC will probably view that as a favorable outcome.”

Skinner believes the groundwork for new legislation and regulations in this area was partly laid by law firms such as Hagens Berman, which has sued multiple oil companies on behalf of cities such as San Francisco and Oakland, seeking damages for the effects of climate change.

“This is just another version of the same thing,” he said.

Hagens Berman didn’t respond to a request for comment by press time.

Skinner told The Epoch Times he thinks the new rules don’t clearly serve the interests of small investors, whom he sees as being among the class of consumers his organization protects.

“In their minds, the SEC … protects them from real corporate fraudsters and pump and dump schemes. Instead of focusing on those bread-and-butter, everyday people issues, you’ve got this big, politicized, ideological push by the SEC that is going to feed money to left-wing allies.

“It’s not at all obvious to me that this is the right use of those resources, or that this is designed to help everyday people.”

The SEC declined to comment to The Epoch Times on any third-party statements.