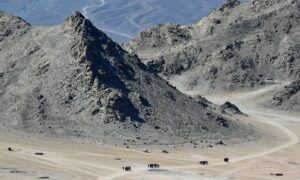 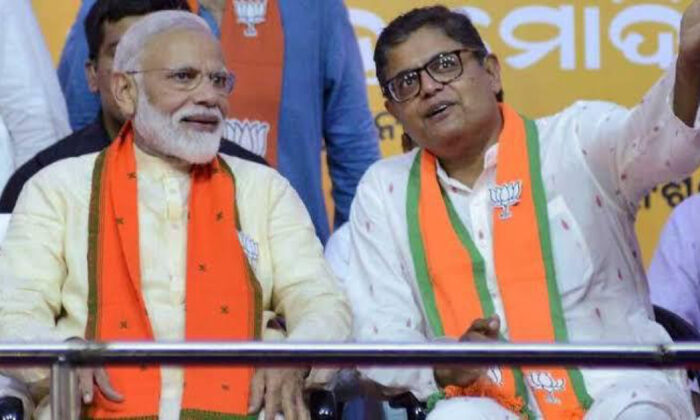 There’s no logic to China’s recent aggressive behavior toward India, and the world should be concerned about the Beijing regime’s agenda, the vice president of the Bhartiya Janata Party (BJP), India’s ruling party, told The Epoch Times in an exclusive interview.

“The way they are stepping up the aggression … this is not just about India,” Baijayant Panda, who also serves as BJP’s spokesperson, said in a telephone interview from New Delhi. “You have seen the aggressive behavior when it comes to Taiwan, when it comes to Japan, [and] activities in the South China Sea.

“So it seems to fit a pattern and the world should be concerned about it.”

India and China have been engaged in a tense border situation since June 15, after 20 Indian soldiers and an unknown number of Chinese troops were killed in a hand-to-hand skirmish in the Himalayan heights of Galwan in the Ladakh region. Since then, both countries have positioned tens of thousands of troops on either side of the border.

Recently, China has proposed the de-escalation of tensions on the border. It has told India that it would pull back from Indian territory in the north bank of the Pangong Tso Lake, if India withdraws from a position the Chinese want. India has dismissed this proposal, according to Indian media reports.

“We have seen that China has, in recent times, taken some steps that have been very unusual,” said Panda. “We saw this in 2017 at Doklam, where they showed aggressive behavior. And we have also seen other smaller instances. Now, this is a very large example of aggressive behavior.”

Indian and Chinese soldiers came to physical blows in May in the northeastern Indian state of Sikkim and had a serious conflict in the region in 2017, when China tried to extend a road through the Doklam plateau between Bhutan, India, and China, which Bhutan administers but is claimed by China.

Bhutanese authorities sought the support of the Indian army, triggering a 73-day border standoff. After weeks of negotiations, both countries withdrew, but the Chinese have since begun building massive infrastructure in the area.

Panda told The Epoch Times that the current tensions between India and China should be of global concern.

“The world has evolved into a multipolar world since the end of the Cold War. There was a period when there was a unipolar world, but there has been the rise of China,” he said, adding that other democracies have a stake in the developing dynamics in the region.

India has evolving relationships with various democracies in the world, such as the United States, Japan, and Australia, and its closeness with these nations could be concerning to the Chinese regime, Panda says.

He said all of these reasons could explain China’s hostile behavior, but India isn’t interested in such “hostility.”

“The reality is that these are not rational, logical actions, based on the understandings that have existed,” he said.

The regime in Beijing has a track record of influencing other smaller Asian neighbors through various “statements” and “actions,” and deciding unilaterally how the relationship should be maintained. Such behavior isn’t based on logic or ethics or previous agreements, he said.

He said, however, India differs from those smaller nations; it is a large country, with a population that rivals that of China.

Panda also highlighted China’s recent issuing of a warning to some Indian media after they wished Taiwan well on its National Day on Oct. 10.

“The Chinese Embassy here issued statements more or less trying to order the Indian media as to how they should behave and what they should cover. Now, this is very unprofessional, because, in democratic countries, you are not in a position to order media,” he said.

Panda also suggested that “perhaps” the regime’s behavior also could be related to internal issues in China, “because there is really no logical reason to have such a confrontation with India,” he said.

Panda pointed to a “growing resentment about how China has conducted itself” in relation to the coronavirus pandemic that originated there, and said that the regime’s behavior could be aimed at diverting the world’s attention away from this resentment.

China has shown similar aggressive behavior toward other countries, he said, mentioning Australia as a recipient of some “harsh steps” by Beijing since the pandemic began.

China’s and Australia’s relationship, like that of India and China, has hit its lowest point recently. Since this summer, the regime has imposed an 80 percent tariff on Australian barley, obstructed the import of Australian beef, arrested an Australian media person, and banned two Australian academicians from visiting China.

Since the outbreak of the coronavirus, China has accused Australia of an “intensifying espionage offensive against” it and accused it of “infiltration, spying and technological theft,” Chinese state-run media outlet Global Times reported. Amid growing tensions between the two countries, China also has stopped purchasing Australian coal, Bloomberg reported.

Amid the trade war between China and the United States, China should be “more reasonable” with large free markets like India, Panda says.

“Strange, because we have seen for several years the trade war between the U.S. and China, and normally, that should mean that China should be more reasonable or at least equally reasonable with other markets such as India,” he said. “To suddenly, for no rhyme or reason, become more aggressive on other markets also does not make sense.”

While China has grown to become the second-largest economy in the world because of its entry to the World Trade Organization, China is violating the organization’s rules, he said.

“But then, as is well known, China often doesn’t work on the same logic, as is followed by most nations of the world,” said Panda. It has benefited from these rules, he said, and these rules continue to govern global trade, global transactions, and relations between neighbors.

“And it also invites retribution, because India has had to take these steps of banning more than 100 Chinese apps, and canceling and putting on hold many other Chinese investments and contracts in India.”

“India has demonstrated that we have the will to defend our territory, whether by military means or by economic means. But at the same time, as you are aware, India is committed to talks as a way of resolving these disputes,” Panda said.

“That is India’s conviction. We only use force in self-defense and not as an aggressive move.”