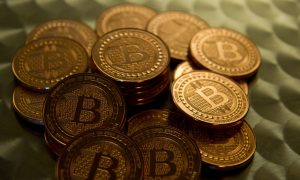 Bitcoin 2.0: Bringing Us Back to the Village
0 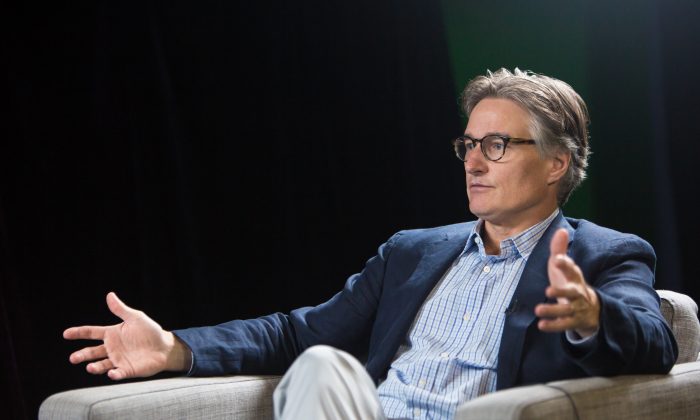 Halsey Minor has seen it all. He made millions founding tech legends like CNET.com and Salesforce.com in the 1990s.

He then withdrew from the world plagued by a severe bout of depression which took him six years to overcome. He ended up losing his fortune when he declared bankruptcy in 2013.

Because of his experiences with banks during his half a decade of suffering, he decided to change the consumer experience of money for good.

In this exclusive and in-depth interview, Halsey Minor told Epoch Times how Uphold (formerly Bitreserve) works for consumers by taking money into the cloud.

Epoch Times: What is Uphold?

So there’s no chance that people can lose their money by essentially putting their savings in an institution that collapses.

We took out all of the hundreds of billions of dollars of fees from the banking system.

Epoch Times: Like a bank, which is not fully reserved and prone to crises.

Mr. Minor: Everyone saw the flaws in the banking system in 2008. It didn’t matter whether you had a mortgage or not, you just had to pick up the newspaper and you could find out that every bank in the United States was bankrupt.

I started my career in 1988 when the savings and loan crisis happened and then and they were going to regulate the industry so it would never happen again. It happened in the Great Depression and it continues to happen. I think there’s some inherent flaws in the ways the financial institutions have operated.

Epoch Times: Your new venture is the fusion between the traditional banking system and the new Fintech, which includes Bitcoin?

Mr. Minor: Bitcoin came along and I never saw Bitcoin as the new global currency. But what if this concept of digital money, if we applied it to dollars and euros and yuan and yen and pounds and now 24 other currencies? What if all those currencies could be exchanged in the cloud, instantly, at no cost.

We took out all of the hundreds of billions of dollars of fees that come from this system. There were $32 billion in bounced check fees in the United States [in 2012].

What if we just used technology and the cloud to make banking simpler and cheaper? The cloud has proven over and over to make our lives simpler and to dramatically lower the cost of doing things. We’ve created really for the first time, cloud money.

In my history I created the first cloud, we called it “cloud magazine” at the time but now we know it’s a website: CNET which was the most successful content company in the 1990s. Then I moved on to help build the most successful cloud software company and that’s Salesforce.

Today we become a full participant in the global banking system. Any bank account in Europe or the United States and soon other places around the world, can now bring money into Uphold and exchange it instantly and for free.

Now we have the ability to be disruptive to the global banking system by being a full-on participant in it.

It’s a revolution in the way money works, as many cloud-based businesses have been.

Epoch Times: To clarify: Uphold [previously Bitreserve] is not completely reliant on Bitcoin

Mr. Minor: Bitcoin is the only thing on the block chain. The block chain keeps track of it. It’s not so with dollars.

You have to have a reserve function and that was the notion behind Bitreserve, a digital reserve, applied to all of these other forms of assets.

So Bitcoin can be on the block chain because there’s nothing behind it, but a dollar, if you’re going to exchange it, we better have it someplace.

And we have to show not only that we have it, but to over-reserve and be transparent. So you know how those dollars, euros, yuan, yen, etc. are all being held on your behalf.