Exclusive: Erin Cruz Runs for US Representative CA-36 in 2020 Elections 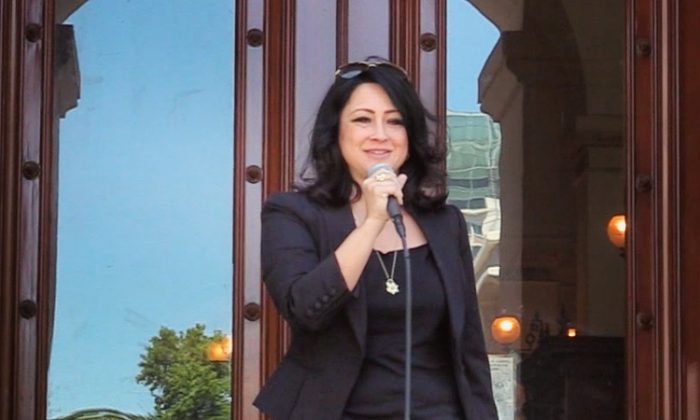 SACRAMENTO, Calif.—As the 2020 election campaigns for various political offices are underway, the seat for U.S. Representative of California District 36 is also up for election.

All 435 seats in the U.S. House of Representatives are up for election in 2020. The current representative, Raul Ruiz, is being challenged by Erin Cruz for the California District 36 seat.

In an exclusive interview with The Epoch Times, we asked Cruz about her candidacy for the congressional seat.

Cruz explained that she ran for California Senate in 2018 and had the opportunity to tour the state to meet different people. During this time, Cruz saw the different needs of the people and the problems occurring in both California and the country.

“It came to me that the people in my district, including myself, did not have proper representation,” said Cruz.

She elaborated that District 36 is a very diverse community and needs a strong leader who can take the constituents’ needs into consideration.

“I believe our district is pretty 50-50 in terms of Republican and Democrat. And the population is largely being misrepresented up in D.C., so what will I bring? I’ll bring balance, fiscal responsibility, government restraint, and I’ll be putting the people before the politics,” said Cruz.

Cruz identified immigration, national security, healthcare, and freedom of choice as some key issues she hopes to work on if elected as representative.

“We have some major national security issues as it relates to our southern and northern borders, and a lot of those issues are tied into the immigration problem. A lot of loopholes, and I believe that Congress has been kicking the can for too long,” said Cruz, also noting that she supports legal immigration.

She clarified that immigration and national security are two different issues, but are related in some cases.

Cruz said that Congress needs to start finding solutions and having conversations about the issues that threaten the safety of our nation, emphasizing that she would be on the forefront of initiating such conversations.

Health reforms are another issue she identified as something she plans on improving. “There is one thing I would like to say about health reforms. And I spoke with a medical professional doctor friend of mine last year in depth, and it’s called the McCarran-Ferguson Act,” Cruz said.

The McCarran-Ferguson Act is a decision made by the Supreme Court decision in 1869 to partially exempt insurance from federal regulation and antitrust legislation, allowing states to regulate insurance costs. This legislation shields health insurance companies from transparency and legal accountability.

In 2010, Congress created the Health Insurance Industry Fair Competition Act (HR 4626) as a means to undo the McCarran-Ferguson Act. While H.R. 4626 passed the House, it did not pass the Senate, rendering this resolution dead.

“Much can be accomplished by repealing the McCarran-Ferguson Act as it relates to health reforms, healthcare reforms, and easing costs,” explained Cruz. Repealing this act would reintroduce legal accountability and regulation on insurance costs.

Cruz also emphasized freedom of choice as an important value which needs to be restored and protected in California and the United States.

Recently various pieces of legislation, such as AB 175, SB 48, and AB 1505, have been created which would ultimately reduce parental guidance, allowing legislators to dictate what is “correct.”

“I believe that parents are parents, government is not the parent,” she explained. Parents and guardians should have the freedom to choose how to raise their children, the type of education they receive, health-related decisions, among others.

In line with the 2020 elections being a choice between “freedom or socialism,” Cruz expressed that the United States cannot be handed over to socialist politicians, and socialism simply does not work.

She noted that “the historical perspective of the United States shows that our founders came here for an opportunity. We left an overburdening and overtaxing government system. And we came here and we created this thing called the United States of America.”

“There are many individuals who come here for that same opportunity to exercise their God-given rights of life, liberty, and pursuit of happiness,” Cruz continued.

With so many issues that need solving, she explained that the key to problem resolution is communication.

“I believe that when you have strong communication between certain individuals, again, those individuals who are willing to work, because not all are, on the issues then we will be able to get the work done,” stated Cruz.

Ultimately, Cruz concluded that strong family values and faith are what should guide the state of California, which in turn can lead to a strong and successful country.