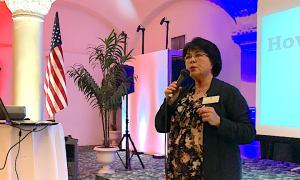 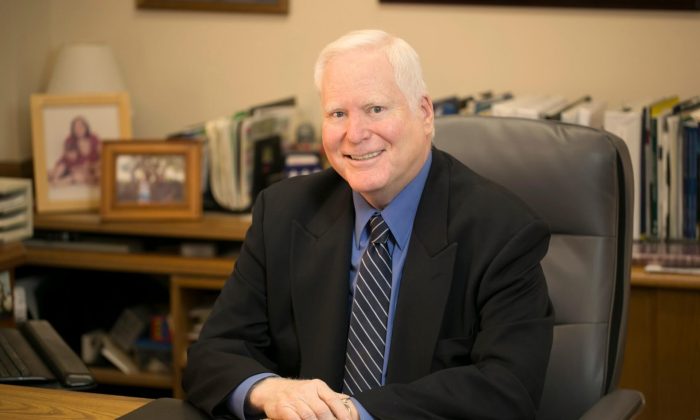 SACRAMENTO, Calif.—Rex Hime (R), a native Californian and lifetime conservative, is continuing his campaign in the 2019 special election race to fill the seat for California State Senate District 1. As of now, five candidates are running for the seat.

The seat became vacant after Ted Gaines (R) was elected to represent District 1 of the California State Board of Equalization.

In an exclusive interview on March 6, The Epoch Times asked Hime to comment on some of the current issues facing California and on his candidacy for the State Senate.

“I’m at the time of my life that I can give back to California, and this is an opportunity to do just that,” Hime stated.

Rather than having this position be a “resume builder” or “next office,” he explained that he is running to help California.

Hime considers himself the “conservative outsider” in this senatorial race. Although he has experience with politics, having served on Governor Ronald Reagan’s educational staff and then as President Ronald Reagan’s appointee in the Tahoe Regional Planning Agency, Hime has neither held a political office nor had a career in politics.

Hime expressed that if he is elected state senator, he would like to bring more representation and voice to the North state, as the current state legislature is dominated by the San Francisco Bay and Los Angeles areas.

Some of the key issues Hime plans on addressing if elected are taxes, property rights, public safety, the Second Amendment, education, and water. The Epoch Times asked Hime to comment on some of these issues.

Regarding taxes, Hime emphasized the need to protect Proposition 13, reduce taxes, and lower the cost of living for California families. He explained that the most recent tax “threat” was a November ballot measure seeking to implement a split roll tax system that would introduce $11 billion in new taxes.

“The fact of the matter is that there is no real accountability built into how that money will be spent,” he said.

Over the years, Hime has fought against several tax changes, such as fighting to end lifetime exchanges and 1031 exchanges.

His plan is to continue pushing back against measures aimed at increasing taxes and fees that would require taxpayers to give more money to Sacramento.

Additionally, Hime was asked about the Green New Deal, which involves taxes, and its impacts on California farmers if it is passed by Congress.

“What they’re talking about at the federal level, we’ve already been doing here in California, and our businesses are suffering from it,” he said.

Hime believes the legislation would only work to increase vehicle regulations, taxes, and restrictions on equipment, among other impacts. He elaborated that this would cause farmers to face higher costs and more restrictions on the work they do.

Hime said that while the Supreme Court continues to uphold private property rights, “it’s important for us to make sure that other governmental agencies and local governments abide by those and not force landowners or property owners to have to continuously go to court to fight for the rights that have already been established.”

With public safety being an important concern for many, Hime was asked about the possible changes he would bring if elected state senator.

He explained that Propositions 47 and 57, which were passed in 2014, have dramatically reduced sentences for criminals who commit crimes such as burglary, theft, and drug possession.

“We have to restore some sanity in our law enforcement activities in California today,” Hime said.

His goal is to overturn the applications of earlier propositions by supporting and speaking out for Assemblyman Jim Cooper’s proposed California Criminal Sentencing, Parole, and DNA Collection Initiative, which will be on the 2020 November ballot.

Because of Hime’s educational background serving as a Regent of the University of California, The Epoch Times also asked him to comment on how California spends the most in the entire country on education, yet places significantly below the national average in terms of academic performance.

To this, Hime responded: “I can start with one word, and it’s called ‘tenure,’ and the other word would be ‘strikes.’ We’ve allowed professionals like teachers to go on strike, and that’s been a nightmare.”

He said that, as a state, we need to have control over the quality of education we give to students, which includes bringing back career education and STEM and preparing students to make life choices.

He concluded by saying, “We should be respectful; we should be direct; we should be honest; government should be serving, not mandating,” and that legislators need to put California first, rather than personal interests.

The special primary election for California State Senate District 1 will be on March 26, 2019, and the general election will be on June 4, 2019.