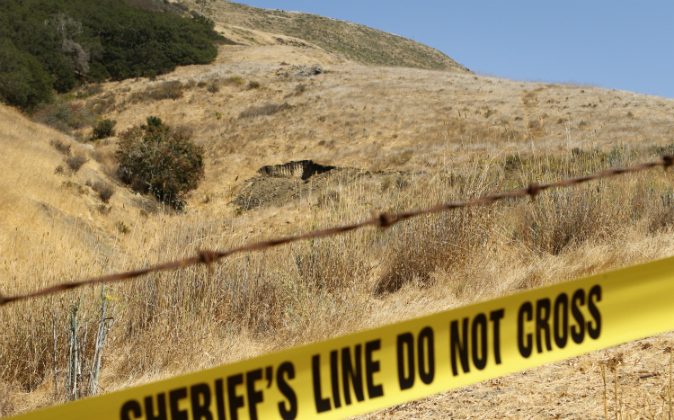 The San Luis Obispo County Sheriff's Department and the FBI have renewed a search for the remains of Kristin Smart at sites on the Cal Poly campus in San Luis Obispo, Calif., Tuesday, Sept. 6, 2016. (Joe Johnston/The Tribune (of San Luis Obispo) via AP)
Crime and Incidents

The missing case of Kristin Smart is getting new attention as FBI agents follow up on leads and have begun to excavate a site on the edge of California Polytechnic State University, San Luis Obispo, in an effort to locate the California student who disappeared 20 years ago.

“We’re not sure where this is going to take us,” San Luis Obispo County Sheriff Ian Parkinson said during a news conference on Sept. 6. “Obviously, we want to be optimistic as possible and we hope that this leads us to either Kristin, or evidence of Kristin.”

“We will continue to focus our efforts on other investigated leads as well,” he added.

The excavation work has begun on a hillside near the Cal Poly “P” landmark with the aid of 25 FBI agents and special equipment and is scheduled to end on Friday. This marks the second search of the campus, which was originally searched at the time of Smart’s disappearance.

The most recent campus dig was a result of several new leads over the past two years after a new detective breathed new life into the case. In January, the scent identification of human decomposition in other areas by human-remains-detection dogs helped to reinvigorate the decades-old case.

“We do not want to tip our hat to the possible suspect or suspects out there,” Parkinson said.

Kristin Smart was 19 years old when she was last seen in the early morning of May 25, 1996, while returning to her dormitory following a party near campus grounds. The varying accounts of Smart’s last moments contributed to a delayed missing report by campus officers, and ultimately led to the Kristin Smart Campus Safety Act of 1998.

There have not been any arrests made in connection with the case. Paul Flores, a Cal Poly student, was the last person seen with Smart on the night she went missing. Authorities searched Flores’s parents’ home in 1997 and 2000, with neither searching uncovering any new evidence.

In 2007, a search arranged by the attorneys of the Smarts and Susan Flores was conducted behind Flores’s own home, and again yielded no new evidence. However, Paul Flores remains a person of interest in the case, Parkinson said.

The Smart family are supportive of the new search efforts.