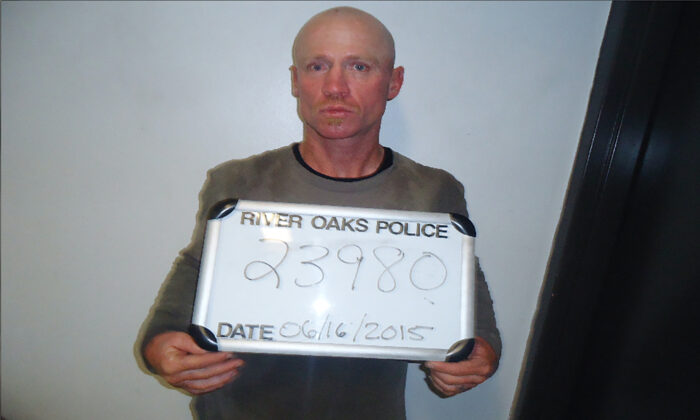 Keith Thomas Kinnunen, authorities say is the man who carried out an attack on Dec. 29, 2019, at West Freeway Church of Christ in White Settlement, Texas. This photo was taken on June 16, 2015. (River Oaks Police Department via AP)
US News

The ex-wife of Keith Kinnunen said she’s “glad they stopped him” after a former FBI agent shot Kinnunen dead following his murder of two people inside a church in Texas.

The shootings were captured on video, which was widely circulated online.

Angela Holloway, who divorced Kinnunen in 2010, told Fox 4: “I’m glad they stopped him when they did.”

“He’s gone,” Holloway added to NBC DFW. “There’s nothing I can do about it, but I’m glad it got stopped.”

She said people who knew Kinnunen knew he was mentally ill but never knew something like the shooting would happen.

“We knew he was crazy but not like this. I don’t wish this on anybody. I feel sorry for the victims. I really do,” Holloway said. “Mentally, I know he was mentally ill. The last time he spoke to us he just wasn’t in his right mind. I didn’t know how to go about talking to him about it.”

Holloway told Fox that she and her son, who was Kinnunen’s stepson, were sorry for the families of the victims, Deacon Tony Wallace and security team member Richard White.

“It’s hard, its hard on all of us. Only thing I can tell them numerous times, I’m sorry. I’m so sorry,” Holloway said. “We tried to encourage him. He’s popped in and out of our lives for years. He’s kept in contact with my oldest son, my two younger kids and everybody kept telling him, you need to get right. You need to do right.”

After getting divorced from Holloway, Kinnunen moved to Oklahoma and became reacquainted with Cindy Glasgow-Voegel, his first wife, according to NBC. She filed for a protective order in January 2012.

“Keith is a violent, paranoid person with a long line of assault and batteries with and without firearms. He is a religious fanatic, says he’s battling a demon … He is not nice to anyone,” she wrote, claiming he showed up at her house the previous year with no money or car, asking to see the son he had with her.

She said she got him a trailer and a job but that he quit the job and assaulted a man. When their son was visiting Kinnunen the father set several fires, including in a cotton field. The teen later told police he was “afraid he might get mad at me if I asked to stop.”

Kinnunen attended the Sunday service at West Freeway Church of Christ in White Settlement, Texas, on Dec. 29, 2019, speaking to several people near the back before pulling out a gun and shooting Wallace and White.

He was shot dead by Jack Wilson, a church security member who used to be an FBI agent, about six seconds after the first shots were fired.