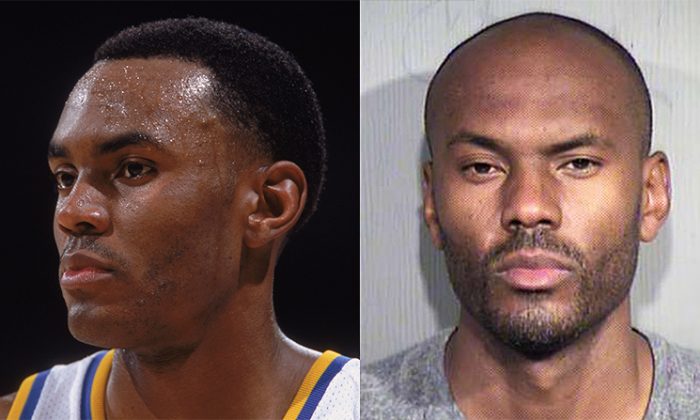 The body of former UCLA basketball player William “Billy” Knight was found lying beside a road in Phoenix on July 8. He was 39 years old.

The day before, Knight had posted a tearful video on YouTube explaining how he had “lived a life of sin.”

“This is probably my last message on Earth,” the recording began.

Police said there was no evidence of foul play, reported Fox News. No official cause of death has been released. The video, however, appears to suggest suicide.

Arrested for Sexual Abuse of a Child

According to Bleacher Report, Maricopa County prosecutors charged Knight with two counts each of sexual conduct with a minor, sexual abuse and molestation of a child.

Knight was released on $100,000 bail and fitted with an ankle monitor. He was ordered to stay away from the victim, but instead contacted her repeatedly showed up at her home, reported TMZ.

Knight faced more than 50 years in prison if convicted on all counts.

In the video Knight spoke about his struggle with mental illness.

“Mental illness is serious. I hear voices in my head constantly; I don’t know where they come from,” he said

“I am lost in life and feel that I have no hope.”

The ex-basketball player said he posted the video to help others who might find themselves as lost as he was.

“I just want to help someone out there who’s feeling like me. Maybe an ex-athlete, maybe someone who’s changing jobs. I just want to try and at least help them out by putting this on Youtube.”

Knight played for UCLA from 1998–2002, averaging 14.1 points and 3.5 rebounds per game as a senior. He was passed over in the NBA draft, but went on to play professionally in France and Japan.

He worked for the Northern Arizona Suns, a developmental team affiliated with the Phoenix Suns, through the 2016–2017 season.

A statement from the Northern Arizona Suns. pic.twitter.com/ViERGZG5dY

I’m Speechless bruh! Billy was always laughing and joking with us everyday at the arena! Was always upbeat! RIP ?? https://t.co/hfD2FgJVer

UCLA Basketball was one among many who shared their sorrow over Knight’s passing on social media.

Our hearts are heavy after learning Billy Knight has passed away. We ask that the Bruin family keep Billy’s loved ones in their thoughts during this difficult time. pic.twitter.com/9WssEUnvbY

“Our hearts are heavy after learning Billy Knight has passed away. We ask that the Bruin family keep Billy’s loved ones in their thoughts during this difficult time.”

‘Continue to Stay Faithful to Your God’

Knight also implored people to stay true to their religious faith, whatever form it might take.

“I grew up with Jesus Christ. He’s my Lord and Savior and I veered off and veered away, and I just used. I use people to get what I want and that’s not how you’re supposed to live. So if you feel like you’re using people, stop now.

“This life is for giving. The secret for living is giving. Give to others. Give your soul.”

He continued: “I love Earth, I try to do the best I can, but I got caught up in sin. You can’t live a life of sin.

“So whatever you do…just continue to stay faithful to your God.”

Knight described how he lied and cheated, and cut himself off from the people who loved him. When he started having problems, he refused help from those who cared. “You can’t do it on your own,” he said.

He urged people experiencing problems to get help.

Knight went on to thank his brother, Eric, for trying to help, and appeared to express remorse for treating him badly.

If you or someone you know is showing signs that they might be suicide, the National Suicide Prevention Lifeline is available 800-273-TALK. You can also text the Crisis Text Line at 741741.

In the United States, the National Suicide Prevention Lifeline is available at 1-800-273-8255.