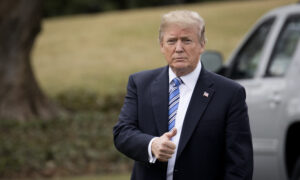 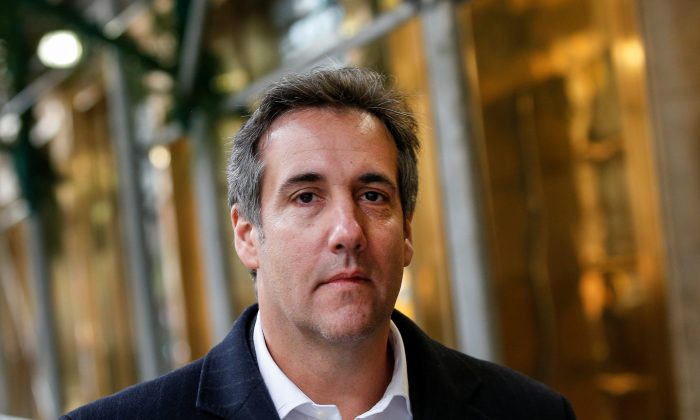 President Donald Trump’s former personal lawyer, Michael Cohen, pleaded guilty in New York on Aug. 21 to five counts of tax fraud, one count of making false statements to a financial institution, and one count of making an excessive campaign contribution.

Cohen agreed to a plea bargain with federal prosecutors.

The plea deal includes a possible sentence of up to five years and three months in prison, Judge William Pauley III said during the hearing. Pauley scheduled sentencing for Dec. 12 and set bail at $500,000.

Cohen, who worked as Trump’s personal attorney at the Trump Organization, continued to advise the president after the 2016 election. But their relationship had frayed in recent months.

That payment likely refers to a nondisclosure agreement Cohen secured from a woman claiming to have had an affair with Trump. The former chairman of the Federal Election Commission has said that such a payment does not constitute a campaign finance violation. If the payment did constitute a contribution, then the candidate would be obliged to make it from campaign funds in accordance with election laws.

A number of Cohen’s financial dealings since Trump’s January 2017 inauguration have become public.

Swiss drugmaker Novartis AG has said it had paid Cohen nearly $1.2 million in a consulting deal; U.S. telecommunications company AT&T Inc. said it made payments of $600,000; and South Korea’s Korea Aerospace Industries Ltd. said it hired him for $150,000.

Cohen also received $500,000 from Columbus Nova LLC, a New York company linked to Russian businessman Viktor Vekselberg. The firm has said the transaction had nothing to do with Vekselberg.

Cohen agreed to the plea deal to allow his family to move on to the next chapter, according to a statement from his lawyer, Lanny Davis.

The investigation of Cohen included a raid in April by FBI agents, who seized documents and files from his office, home, and hotel room.

The April FBI raids provoked an immediate reaction from Trump’s team, who asked a judge to block prosecutors from reviewing the materials they had seized, citing attorney-client privilege. The effort was unsuccessful.