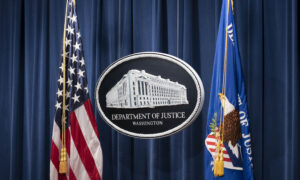 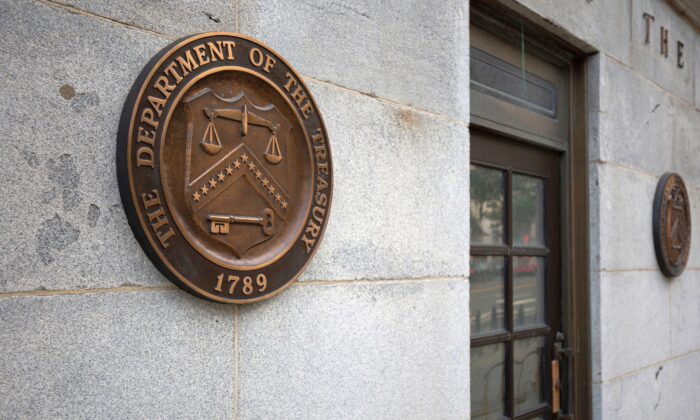 The Treasury Department building in Washington on July 22, 2019. (Alastair Pike/AFP via Getty Images)
Crime and Incidents

A former Treasury Department official has been sentenced to six months behind bars for leaking thousands of confidential banking documents, including ones related to former President Donald Trump’s one-time campaign chair Paul Manafort, Russian diplomats in the United States, and the Russia probe led by special counsel Robert Mueller, according to reports.

Natalie Mayflower Sours Edwards, who served as a senior adviser in the Treasury Department’s Financial Crimes Enforcement Network, or FinCEN, was on Thursday sentenced for one count of conspiracy for leaking over 2,000 “suspicious activity reports,” or SARs, according to The Wall Street Journal. SARs are confidential reports on suspect financial transactions that banks are required to file with FinCEN. Edwards pleaded guilty to the crime in January 2020, with her sentencing delayed due to the pandemic.

In handing down her sentence, U.S. District Judge Gregory H. Woods said at a federal court hearing in New York City on Thursday that it should have been evident to Edwards “that violating her oath and exposing sensitive law enforcement information that could be used to help the bad guys and to tarnish the reputations and interests of innocent people was both illegal and wrong,” according to Buzzfeed News.

A criminal complaint (pdf) filed in 2018 alleged Edwards made “unauthorized disclosures” of the confidential documents to unspecified “news media,” though from the context it was evident that the organization was Buzzfeed News.

One of the twelve articles cited in the complaint was a Buzzfeed piece titled: “Secret Finding: 60 Russian Payments ‘To Finance Election Campaign Of 2016.‘” It alleged more than 60 money transfers sent by the Russian Foreign Ministry to its embassies around the world, with most featuring a note that said the money was to be used “to finance election campaign of 2016.” The article linked the transfers to scrutiny by the FBI and other federal agencies into Russian interference in the 2016 election in the United States.

After Buzzfeed published the article, the Russian Ministry of Foreign Affairs and the Russian embassy in Washington denounced the story and said the money was meant for Russian diplomatic outposts to facilitate overseas Russians voting in a parliamentary election held in September 2016.

Mueller was probing whether members of the Trump campaign had colluded with Russia to sway the 2016 election. After nearly two years, his report found insufficient evidence of any such criminal conspiracy.

In a report on Edwards’s sentencing, Buzzfeed News said it had previously not acknowledged her as a source, “until now, when she publicly said that she was the source.”

At the hearing, Assistant U.S. Attorney Kimberly Ravener was cited by Politico as telling the court that, “the colossal, mammoth effect of this defendant’s crime is unparalleled in the history of FinCEN.”

“You have an individual who acted indiscriminately to disclose confidential government information,” she added.

According to Politico, Edwards delivered “a largely unrepentant statement” to the court, that began by identifying herself as a “matriarch warrior whose spirit cannot be broken” and that her actions were motivated by what she described as misconduct at the Treasury Department.

Edwards’s attorney characterized the disclosures as part of a broader whistleblowing effort, a claim Ravener dismissed as “completely nonsensical,” according to the outlet.