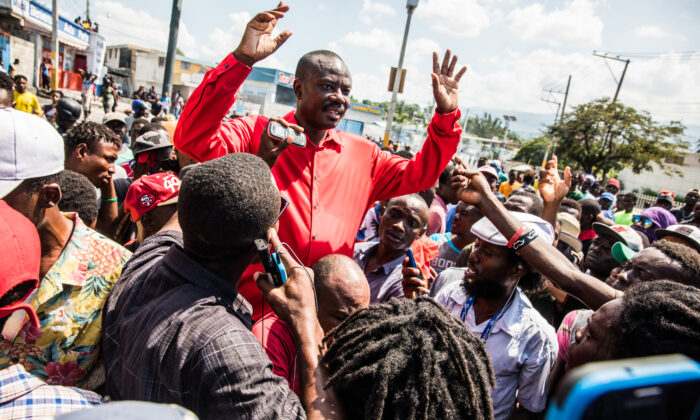 Ex-Senator, Presidential Candidate Deported to Haiti From US

PORT-AU-PRINCE, Haiti—Former Haitian senator and presidential candidate Moïse Jean-Charles told The Associated Press on Tuesday that he was arrested in the U.S. and deported to Haiti.

Jean-Charles spoke briefly as he arrived at the Toussaint Louverture International Airport in the capital of Port-au-Prince, looking distraught. It wasn’t immediately clear why he was deported or whether he faces any charges.

He said U.S. authorities detained him on Monday as he returned from Nigeria and interrogated him about his recent trip to Africa. He said he spent the night in jail and was deported on Tuesday.

“They’ve forbidden me from entering the U.S. for the next five years,” he said. “They’ve cancelled the visa and they’ve put me in jail. It’s a humiliating thing.”

The arrest prompted a small protest in the Port-au-Prince neighborhood of Delmas 47, where some people burned tires and threw rocks at passing cars.

Jean-Charles ran for president in 2015 and 2016 against opponents including slain President Jovenel Moïse, who was shot July 7 at his private residence. Jean-Charles was previously a senator and also served as mayor for the northern town of Milot, near where Moïse was born.

Late last year, he called on the administration of Prime Minister Ariel Henry to resolve the country’s rising insecurity as soon as possible so as to hold elections and address major issues including unemployment and kidnapping.