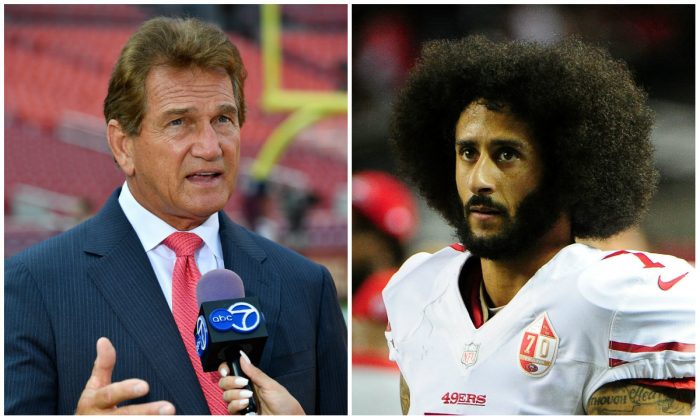 Kaepernick sparked a national debate by kneeling during the national anthem before games as a way of protesting racial injustice and police brutality.

Kaepernick received the Len Eshmont Award last week. The prize is described as the team’s most prestigious honor; its recipient is decided by players.

Theismann noted the team’s 2-14 record during an appearance on Fox News on Tuesday and questioned what Kaepernick has inspired. He said, “Everybody has the right to express their opinion, but not in the workplace.”

Theismann called on the NFL to adopt a policy requiring players to stand for the anthem.