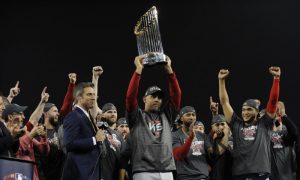 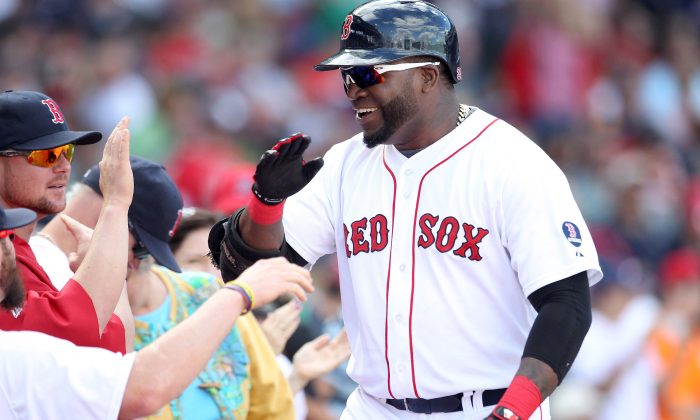 Dominican Republic police believe former Boston Red Sox star David Ortiz was shot by a cop hired by a drug lord as a hit man, according to reports.

The 43-year-old, also known as “Big Papi,” was shot in the back at close range by a man who got off a motorcycle as he sat with friends at an outdoor bar in Santo Domingo on June 9.

Wishing you all the best in your recovery, @davidortiz. pic.twitter.com/5Ma9JK7YDM

Ortiz, a married father of three, was rushed to the nearby medical clinic, Clinica Abel Gonzalez, to undergo surgery, the Red Sox said in a statement.

The bullet went through Ortiz’s stomach, according to Felix Durán Mejia, a spokesman for the national police, CNN reported.

Ortiz spent six hours in surgery in the Santo Domingo clinic before being transported via an air ambulance to Massachusetts General Hospital in Boston at around 3 a.m. on June 10.

Abel Gonzalez, a doctor who operated on Ortiz, said the shooting damaged his liver. His gallbladder and part of his intestines had to be removed to stem the bleeding, reported the New York Times.

“Please don’t let me die. I am a good man!” Ortiz said as he was wheeled into the clinic, according to a doctor who was present.

Red Sox President Sam Kennedy confirmed at a press conference in Boston on June 10 that Ortiz had been flown to the city to receive further treatment.

“The events of last night shook our Red Sox family to its core,” Kennedy said.

“David Ortiz is probably the most beloved and one of the most important players in our history. I’d be hard-pressed to think of anyone more beloved than David.’’

Leo Ortiz, the former baseball star’s father, told reporters in Santo Domingo that his son is expected to make a full recovery.

“Big Papi will be around for a long time,” he said.

I’m at peace knowing you out of danger; you a strong man Compai, can’t wait to hear your voice. My thoughts and prayers are with you, see you soon.
Me siento tranquilo de saber que estás fuera de peligro, usted es fuerte Compai, ya quiero oírle la voz. Orando, nos vemos pronto pic.twitter.com/jdSnNsM7eI

Ortiz’s friend, Jhoel López, was also wounded in the attack, but remains in a stable condition, according to Ortiz’s rep.

Speaking to the Post, a law-enforcement source said that efforts are underway to search for the cop they believe was involved in the shooting.

“They’re definitely looking at a police officer in the shooting,’’ the source said.

Leo López, Ortiz’s rep, told local newspaper Diario Libre that there was no doubt the incident was “an act of hired killers,” adding that Ortiz said he didn’t know why he would have been targeted.

“If we had known that there was a dangerous situation, he would not have been there at that moment,” López added.

Eddy Féliz García, 25—believed to be the driver of the motorcycle caught on camera which fled the scene following the attack—is currently being held in custody by police.

García had previously been arrested in 2017 on drug possession charges, police said.

Surveillance video shows the moment MLB star David Ortiz was shot in the back at a Dominican Republic bar last night. Officials say he’s in stable condition after undergoing surgery 🙏

Officials are searching for another suspect who arrived with García on the back of the motorcycle and fled on foot.

García had been beaten up by some people by the time police arrived and arrested him.

The motive of the shooting is still unknown and remains under investigation, authorities said. Police have ruled out the possibility of the attack as an attempted robbery.

Ortiz’s career began in 1997 when he played with the Minnesota Twins. He was then with the Red Sox for 14 seasons before retiring in 2016, according to Major League Baseball.

Former Red Sox teammate Pedro Martinez shared a photo of him with Ortiz and called him a “strong man.”

“I’m at peace knowing you (are) out of danger,” he wrote on Twitter.