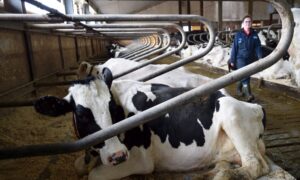 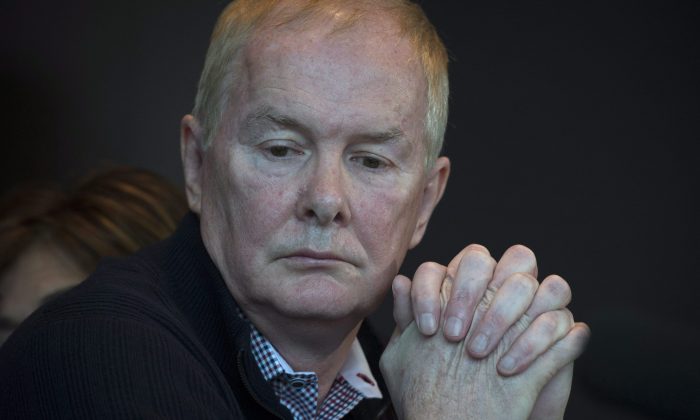 Former Vancouver Olympics CEO John Furlong pauses for a moment while addressing the media from his lawyer's office in Vancouver on March 31, 2015. Furlong says he has been vindicated by the courts after the last of three sexual abuse lawsuits was thrown out on March 30, 2015. (The Canadian Press/Jonathan Hayward)
Canada

Ex-Olympics Boss: ‘My Name is Cleared’

VANCOUVER—As a young man who immigrated from Ireland, John Furlong channelled his “highest respect” for First Nations by volunteering to teach at an elementary school in northern British Columbia.

Forty years later, he ensured four B.C. First Nations were full partners when he headed the Vancouver Olympics, calling his push for their participation a source of personal pride.

So it was with every instinct he fought anger starting two years ago when “deep and horrible, hurtful and highly damaging” allegations of sex abuse were levelled against him by three aboriginal people, he told reporters on Tuesday, March 31.

Furlong declared the “almost unimaginable nightmare” had finally ended a day after the dismissal by a B.C. Supreme Court judge of the last of three civil lawsuits that have held his family, business interests and public profile hostage.

They will have to live with what they have done. And I hope they do better.
— Former Vancouver Olympics CEO John Furlong

He was subjected to RCMP investigations, examinations for discovery by lawyers and intense personal scrutiny, even while none of his accusers faced him in court, he said.

Despite the “paralyzing” circumstances, Furlong said he’s not angry, but is disappointed.

“I wish them no harm and hope they will go on to find inner peace,” he said in a statement, delivered at his lawyers’ offices in Vancouver. “However, they will have to live with what they have done. And I hope they do better.”

The allegations stem from articles published in September 2012 by freelance reporter Laura Robinson who conducted inquiries in the tiny sawmill town of Burns Lake, B.C., about Furlong’s time at the Catholic school starting around 1969.

Furlong also announced he is dropping a defamation suit to combat the “lies” he said were penned by Robinson as part of efforts to rebuild his life.

“Given these three positive court outcomes, the lawsuit is no longer necessary for me to achieve vindication or innocence,” he said. “My name is cleared.”

Furlong said he will continue to defend himself against Robinson’s counter defamation suit.

“Her reporting is deeply flawed and unfair,” he said. “I am confident that truth will again prevail.”

Robinson stood by her journalism after Furlong’s statement, saying she will proceed with her case in June.

“The dropping of Mr. Furlong’s lawsuit against me (on Tuesday) is recognition that my reporting on the serious allegations was responsible and appropriate,” she said in an email after declining comment by telephone.

“My suit is about an attack on my integrity and professional conduct as a journalist. It has never been about these three cases.”

The final lawsuit against Furlong was tossed out Monday after the 54-year-old male plaintiff living in Prince Rupert, B.C., failed to appear for the trial.

The judge ruled the man had referred to photographic evidence that didn’t exist, had threatened harm to Furlong, and had disrespected the courts.

Another woman’s case was dismissed in February, because she didn’t attend the school where Furlong taught physical education. The first claimant abandoned her suit in December citing stress. The lawyer for all three, Jason Gratl, had first withdrawn his representation.

RCMP investigated allegations made by Beverly Abraham, the primary subject of Robinson’s main article, with Furlong’s co-operation. Police did not press charges.

Following his ordeal, Furlong criticized the legal system for allowing “ruinous” allegations to be put on public record, which could then merely be abandoned “with impunity, seemingly without consequences.”

His counsel John Hunter noted there was no opportunity for external judicial review.

“There are some weaknesses (that) I think lawyers and perhaps the courts need to reflect on.”

Lawyer Marko Vesely, who’s not involved with Furlong’s matters, said no one embroiled in legal proceedings is guaranteed that allegations against them will be heard on their merit and decided.

A plaintiff can’t be compelled to pursue a case, and the only main remedy is winning costs, he added.