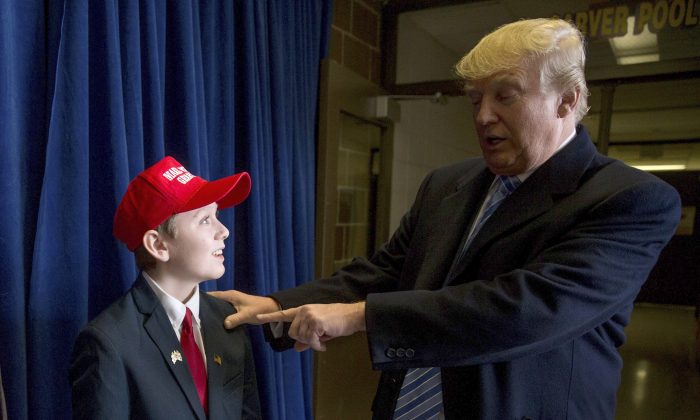 David Axelrod says he is “embarrassed”  for being “haughtily dismissive” of Trump’s candidacy when it was announced last summer.

Even months later, Axelrod was among those who believed Trump would fade.

But he acknowledged in an op-ed published in the New York Times on January 25 that: “What seemed impossible is now more than plausible: Donald J. Trump, the self-reverential deal maker, could pull off a hostile takeover of the Grand Old Party.”

Axelrod traces Trump’s popularity to being “the antithesis” of his former boss, Obama.

He notes that Obama was so successful in becoming president in part because he was presented as almost the polar opposite of outgoing president George W. Bush, and now Trump is doing the same thing.

“The galling thing is, if I had only reread my own words, written nine years ago to another aspiring candidate, I would have taken the Trump candidacy more seriously from the start,” Axelrod wrote.

“In late 2006, when Barack Obama was a first-term senator pondering a long-shot race for the presidency, he asked me to write a strategic memo exploring his prospects. My bullish analysis was predicated on several factors, but rooted in a theory I had developed over decades as a political writer and campaign consultant.

“Here’s the gist. Open-seat presidential elections are shaped by perceptions of the style and personality of the outgoing incumbent. Voters rarely seek the replica of what they have. They almost always seek the remedy, the candidate who has the personal qualities the public finds lacking in the departing executive.”

Axelrod later concluded that it may be time to look past the primaries and see whether Trump can beat whomever the Democrats elect.

“It’s far too early to picture the iconic Trump logo affixed to the White House portico. But as the most ardent and conspicuous counterpoint to the man in the White House today, the irrepressible Mr. Trump already has defied all expectations,” he wrote. “So, in the parlance of one of his signature businesses, ‘Who wants to bet?'”