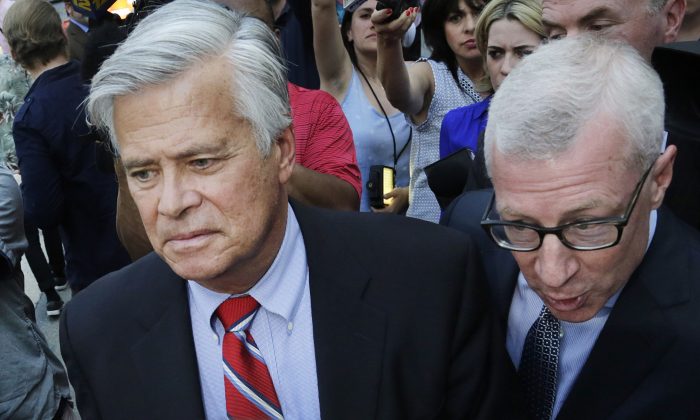 NEW YORK—The former leader of the New York Senate and his son have pleaded not guilty in a federal corruption case.

An indictment levels conspiracy and extortion charges against 67-year-old Dean Skelos (SKEHL’-ohs) and his 32-year-old son, Adam. They were arraigned Monday in Manhattan.

The indictment returned Thursday says a medical malpractice insurer provided Adam Skelos with a no-show job while it lobbied his father on legislative matters.

Authorities allege $300,000 was illegally steered to the son.

Dean Skelos was New York state’s most powerful Republican when he was arrested.

Skelos has said he will fight the charges and that he and his son will be vindicated. His son’s lawyer has said Adam Skelos is not guilty.