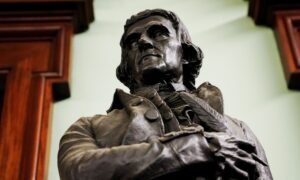 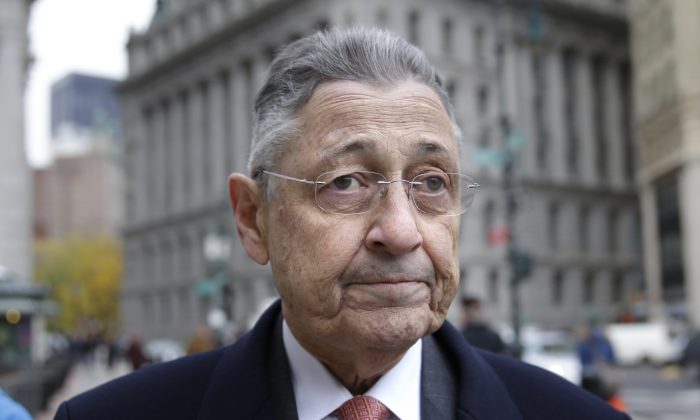 In this Tuesday, Nov. 24, 2015, file photo, former New York Assembly Speaker Sheldon Silver arrives at the courthouse in New York. Silver, who was convicted of fraud and extortion, was disbarred Tuesday, March 29, 2016, by the Appellate Division of the state Supreme Court in Manhattan. (AP Photo/Seth Wenig, File)
New York

Ex-NY Assembly Speaker to Be Sentenced in Corruption Case

The 72-year-old Manhattan Democrat will get a chance to speak before U.S. District Judge Valerie Caproni on Tuesday prior to his sentencing.

Silver was convicted in November on charges that he traded favors to enrich himself and then lied about it.

In court papers, prosecutors asked that he serve substantially more than a decade in prison, saying he corrupted the institution that he led for more than two decades and caused “immeasurable damage” to the democratic process and public trust. They also asked that he be fined $1 million. They said he amassed more than $2 million in assets and arranged to receive a $70,000 annual pension from the state.

In an April 14 letter to the judge, Silver asked that she consider the “good things” he’s done as she decides his punishment.

“I failed the people of New York. There is no question about it,” he wrote. “What I have done has hurt the Assembly, and New York, and my constituents terribly, and I regret that more than I can possibly express.”

He added: “Because of me, the government has been ridiculed. I let my peers down, I let the people of the State down, and I let down my constituents—the people of lower Manhattan that I live among and fought for. They deserve better.”

Silver’s wife, Rosa, also wrote a letter to the judge, asking for leniency.

She said she was devastated by the guilty verdict and wanted the judge to know that her husband is a good man.