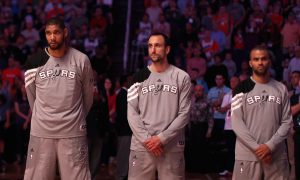 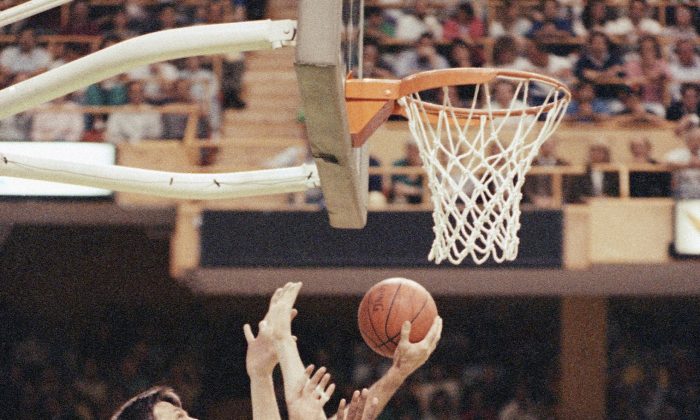 The list could go on and on. As could the debate.

But according to former NBA player John Amaechi, who played in the 1995–96 season with Cleveland and then from 1999–2003 for Orlando and then Utah, it comes down to Kevin McHale and Hakeem Olajuwon, according to his post on Quora.com. And Amaechi picks McHale.

“If I had to chose—I refer you to my soft spot for under-physically-talented players who maximise their ability via amazing skill to give you your answer,” says Amaechi. “Just don’t tell Hakeem.”

The former power forward McHale played in Boston in the 80s and early 90s alongside Larry Bird and Robert Parish to form, arguably, the greatest front-court in NBA history. McHale was named an All-Defensive first-team or second-team player six times in his career and was an All-NBA first-team selection in 1987 when he averaged career-highs in points (26.1) and rebounds (9.9) while blocking 2.2 shots per contest.

For McHale it can be legitimately argued that as his career developed, he has the largest assortment of regularly employed, distinct post moves as well as some regularly employed ‘old favourites'” said Amaechi. “But it should also be noted that what made him so effective before they were used was his ability to gain perfect position that often meant—especially earlier in his career—that the move was not even necessary, he’d just take the lay-up.”

Of course, Amaechi was still a huge fan of the former MVP Olajuwon. “In contrast, Hakeem’s post moves seem almost gratuitous at times. He didn’t need them to be an all-star, but the smoothness, integration and personally identifiable style of his array of post moves was unique in the game.”

NBA Playoffs Set: What Are the Most Intriguing Matchups?

“This man was a beast. He was no where near the height he’s listed at in the programmes and yet employed a variety of moves, along with an uncanny ability to get and maintain optimal post position to decimate much larger, more athletic bigs.”

So that’s McHale, Olajuwon, and Dantley in that order. What about some other greats?

“It’s definitely NOT Kareem,” said Amaechi of the NBA’s all-time leading-scorer. “He is one of the greatest ever NBA players and indisputably had the most dominant post move in NBA history, the sky hook.”

“As good as it was, one ridiculously effective move doesn’t qualify a player as having “the best post moves in NBA history.”

What about Shaquille O’Neal, who was the most dominant center of the 90s?

“It’s categorically NOT Shaq,” says Amaechi of the former big man. “While he developed some moves around the basket, he wasn’t a post-move based big.”

Regarding Spurs center Tim Duncan, Amaechi had this to say. “I consider Tim Duncan the best all-around centre I ever played against,” says Amaechi. “His ability to use absurdly simple and effective means to score seemingly without effort—to this day—marks him as extraordinary in the post in my books.

“By definition he uses a more limited number of moves than McHale and a series of other effective post players, so I don’t think it’s him.”