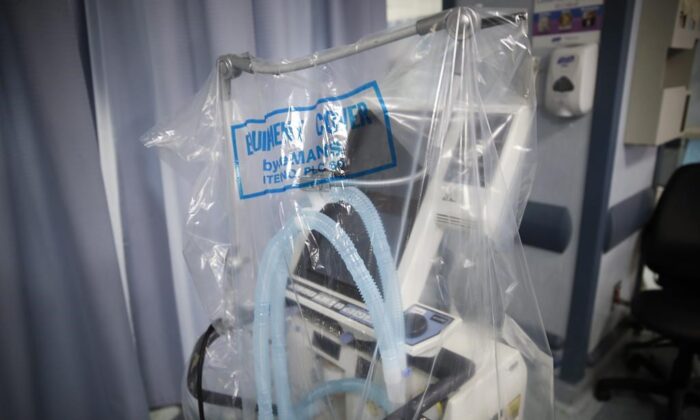 A ventilator waits to be used for a COVID-19 patient going into cardiac arrest at St. Joseph's Hospital in Yonkers, N.Y. in this file photo. (The Canadian Press/AP-John Minchillo)
Canada

OTTAWA—A former Liberal MP whose medical company was subcontracted as part of a $237-million ventilator deal with the federal government says no “backroom” business factored into the agreement.

Frank Baylis told the House of Commons ethics committee Friday that he had no contact with any lawmakers before the company he chairs, Baylis Medical, signed on to produce 10,000 ventilators under a subcontract with another Ontario-based firm.

Rick Jamieson, head of FTI Professional Grade Inc., which inked the multimillion-dollar contract with Ottawa as part of the response to the COVID-19 pandemic, said he and Baylis had never heard of each other until the spring and that he never imagined politics would enter the picture.

Baylis, who served as president of the company he founded in 1989 until serving as a one-term MP starting in 2015, said he did not alert the federal ethics commissioner he was involved in the deal.

The hearing Friday afternoon comes nearly six weeks after the House passed a Conservative motion to have the health committee investigate government contracts that could compel sweeping document disclosures and testimony from cabinet ministers.

Liberal MP Greg Fergus suggested Baylis was before the ethics committee as part of a potential “political witch hunt,” and said ethics commissioner Mario Dion had found no reason to investigate him.

Baylis Medical vice-president Neil Godara said the $21,000 cost of each ventilator came in so far above the market price of roughly $13,000 due to extra accessories, a new factory and 250 more employees needed for the subcontract, as well as higher shipping costs amid the pandemic.