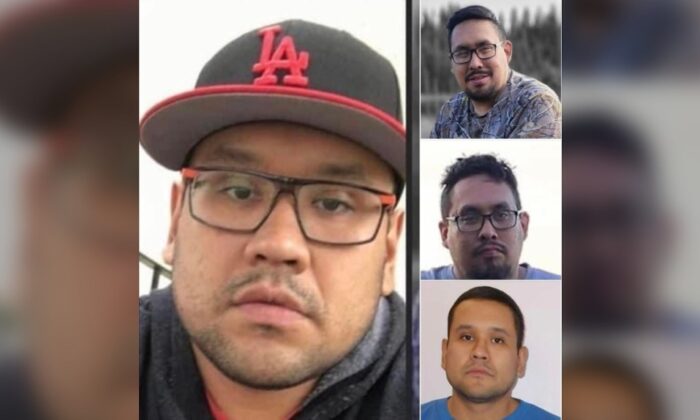 A former Mountie says the vast open spaces of the Prairies could complicate the manhunt for one of the suspects in Sunday’s deadly stabbing rampage in Saskatchewan.

“This is a huge area, and there’s a whole lot of nothing,” said retired RCMP officer Sherry Benson-Podolchuk. “There’s a lot of places people can hide.”

Her comments come as police continue to search for 30-year-old Myles Sanderson. Police say he may be injured, is considered dangerous and should not be approached.

The body of the other suspect in the attacks, 31-year-old Damien Sanderson, was discovered outdoors in a grassy area on the James Smith Cree Nation on Monday, not far from one of the crime scenes. Police have said Myles and Damien Sanderson were brothers.

Officials have said people were hurt or killed at 13 scenes around James Smith Cree Nation and the nearby village of Weldon.

“If something terrible happens in a city, they’d create a perimeter close to the crime scene, but then also they would go out, out, out and guard all exits to the city,” Benson-Podolchuk said. “This case is a little different because they have all those crime scenes.”

Since Sunday morning, police have been scouring Regina after a report the two suspects had been seen in the city, and Regina Police Chief Evan Bray says the search for Myles Sanderson will continue until he is located.

Benson-Podolchuk noted that the emergency alert extends into Alberta and Manitoba, indicating that police are searching “wide and far” and monitoring roads going into and out of those provinces.

“Suspects aren’t going to go on the (main) roads. If they can take a side road or a gravel road or a dirt road somewhere, they will do that,” Benson-Podolchuk said.

“Those are all the balls in the air that you got to think about when you’re doing a massive manhunt like this,” Benson-Podolchuk said. “They can hide their vehicles, they can hide themselves. And depending if they have a food source, they can last a long time.”

Leaders of the Federation of Sovereign Indigenous Nations have issued an urgent appeal to find Myles Sanderson, begging those with knowledge of his whereabouts to come forward to help end the tragedy without any more loss of life.

Parole documents show Myles Sanderson  has a nearly two-decade long criminal record and a propensity for violence when intoxicated.

RCMP have said 10 men and women were killed and 18 were injured in the attacks, not including the suspects.

The Mounties have not said what motivated the attacks. Police believe some victims were targeted but others were chosen at random.