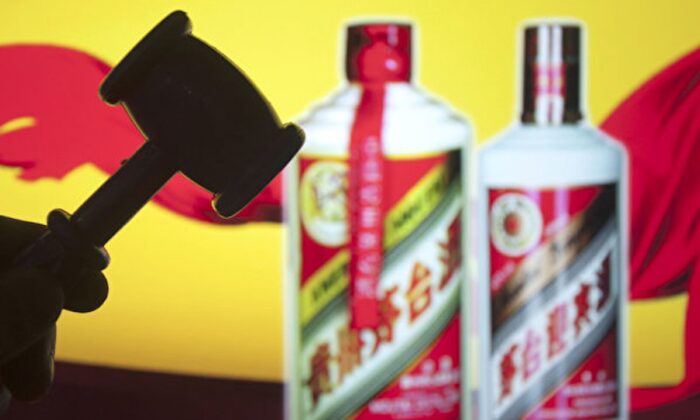 A Chinese court sentenced a former chairman of liquor manufacturing giant Kweichow Moutai to life in prison for accepting $17.5 million in bribes.

Yuan Renguo, who served on the board of Kweichow Moutai, was convicted on Thursday of taking bribes between 1994 and 2018, according to a statement from a court in the southwestern Chinese Province of Guizhou, where Moutai is based.

Shanghai-listed Moutai is one of China’s largest companies by market capitalization. Its high-end versions of baijiu, a type of hard liquor in China, have become status symbols and the drink of choice for the Chinese elite.

According to the court record, Yuan accepted cash and properties to assist distributors in securing work with the distiller and increasing allocations of its liquor bottles.

Yuan, who was arrested in 2019, stepped down from Moutai in 2018 after 18 years of servicing the company. His arrest prompted authorities to conduct a broader anti-corruption investigation into the premium distiller’s then-management team.

In late August, state-owned media outlets reported that China’s top commerce regulator called liquor makers to a meeting to discuss market order and supervision in the industry, triggering a selloff in Moutai’s stock.

Yuan’s successor, a previous region’s transport chief, was ousted in August for improperly disclosing sales forecasts. After less than two years on the top post, he was replaced by another local government official from Guizhou Province, which owns a majority stake in the company.

Shanghai-listed Moutai’s shares in 2020 and early this year briefly lifted to a market value of roughly $500 billion, surpassing consumer goods titans like Procter & Gamble and Nestlé. But the stock has since fallen roughly 35 percent from a peak in February.

The shares’ overall gain has benefited investors, including many foreign ones, but has also helped Guizhou, one of the poorest provinces in China.

The liquor giant’s state-owned parent agreed in December to transfer a 4 percent stake to a separate investment company owned by the provincial government. The shares were valued at around $16 billion.

A similar share transfer had occurred in the previous year. Investors were wary of such moves, which didn’t seek shareholder approval.