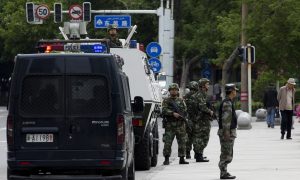 How China's Regime Is Isolating the Uyghur People
0 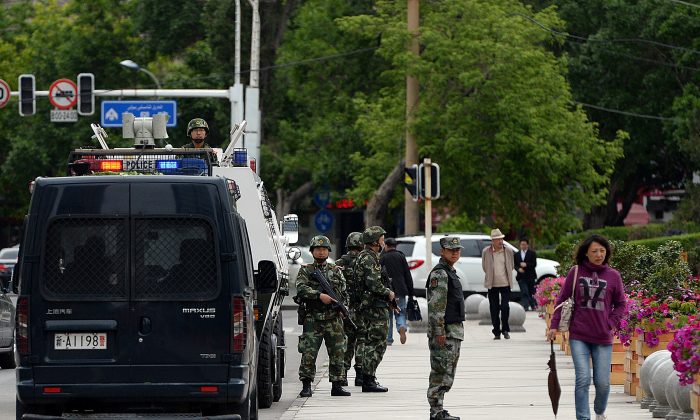 The deputy head of a provincial public security department has been arrested for bribery and abuse of power in China. Xiu Hui is now in the custody of the system he sat atop of for many years, where he dished out torture and severe punishment to persecuted groups.

The majority of Xiu’s victims were practitioners of Falun Gong, a traditional spiritual discipline that’s been persecuted in China since 1999.

According to state mouthpiece People’s Daily Online on Jan. 4, the prosecuting body in Xinjiang Province announced on Dec. 30 that an investigation of Xiu was underway.

But the crimes he is accused of are minor in comparison to the cruel torture he ordered on innocent people while in his various positions, according to Minghui.org, a website that provides up-to-date reports about the persecution of Falun Gong.

Falun Gong, a spiritual practice that teaches people to live by the principles of truthfulness, compassion, and tolerance, became targeted for persecution in China on July 20, 1999, as ordered by then Communist Party leader Jiang Zemin.

Thousands of Falun Gong adherents have died from torture and abuse, and hundreds of thousands have been imprisoned in detention centers, brainwashing centers, labor camps, and prisons. Countless more have been victimized. Before the launch of the suppression, there were an estimated 70 million Falun Gong followers in China, according to a state survey at the time.

Ge Lijun, born in 1976, was expelled from a college in Xinjiang after the school learned he practiced Falun Gong meditation. From 1999 to 2009, Ge was sent to Ghangli City Forced Labor Camp three times for a total of six years. The last time he was released, in March 2009, he was in poor health from being tortured by electric shocks, sleep deprivation, and other methods. Ge died three months later after local hospitals refused to treat him on order of the police and security bureau.

Niu Guifen passed away in November 2013, one year after being released from Xinjiang’s Women’s Prison. During her 4.5-year sentence, Niu was subjected to physical and psychological torture as authorities tried to coerce her into renouncing her beliefs.

Xie Zhenggong, originally an employee at Bayi Iron and Steel Company at Urumqi, served a six-year prison sentence at Xinjiang No. 5 Prison beginning in 2003. While incarcerated, Xie was physically abused by other inmates, who were told by prison authorities they would have their prison terms reduced if they could successfully coerce Xie into abandoning Falun Gong. Xie eventually died in March 2012 at the age of 42.

The World Organization to Investigation the Persecution of Falun Gong (WOIPFG) has confirmed the serious human rights violations and persecution taking place at the Xinjiang No. 5 Prison.