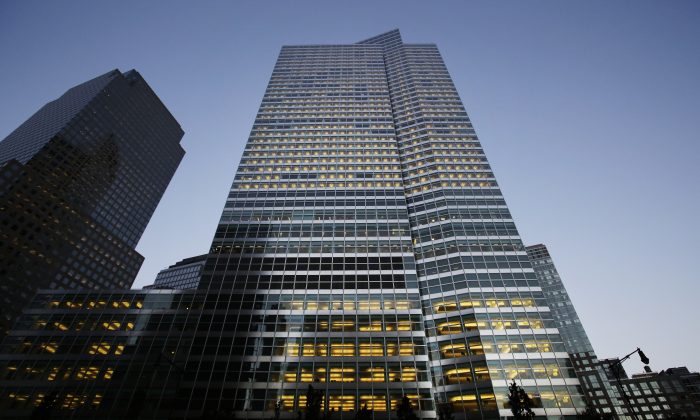 NEW YORK—A former Goldman Sachs employee who tried to impress his bosses by obtaining reports from the Federal Reserve Bank of New York was spared prison time by a judge who said the loss of his career in banking and Internet shame would deter others from copying his crime.

U.S. Magistrate Judge Gabriel Gorenstein in Manhattan sentenced Rohit Bansal on March 22 to 300 hours of community service and fined him $5,000.

Bansal was fired by the investment bank after he obtained documents in the summer of 2014 from a former co-worker at the Federal Reserve, where he had worked for seven years after college before joining Goldman Sachs.

The judge noted that Bansal now has a criminal record and was banned for life by the banking community and penalized by the Securities and Exchange Commission.

“Because of the power of the Internet, his reputation is forever besmirched,” the judge said.

Before the sentence was announced, Bansal said he was “profoundly sorry” for his crime.

Bansal pleaded guilty in November to a misdemeanor theft of information charge, admitting he tried to impress his bosses at the investment bank by obtaining the documents. The plea came a day after ex-Federal Reserve examiner Jason Gross pleaded guilty to the same charge. Gross also received no prison time at a recent sentencing.

The New York State Department of Financial Services has said Bansal obtained about 35 documents from Gross and then forwarded the secrets in them to others at the company. A Goldman partner reported the scheme to authorities. The company has said it has tightened policies regarding hiring employees from government institutions as part of a “zero tolerance” stance against improper handling of confidential information.

Goldman Sachs also paid a $50 million penalty to the Department of Financial Services.

The judge said no harm resulted from the crime, an “obvious effort by Bansal to please supervisors at Goldman Sachs.” He called Bansal’s “selfish motivation” a “disturbing aspect of this case.”

Bansal lost friends and suffered humiliation after his arrest, his attorney Savannah Stevenson said. The crime resulted when “he felt pressured to prove his worth and temporarily lost sight of his moral compass,” she said.