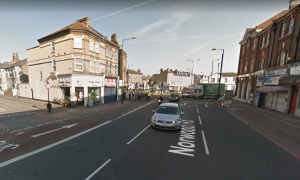 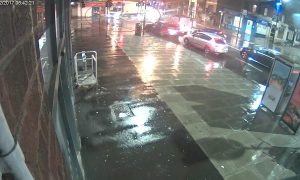 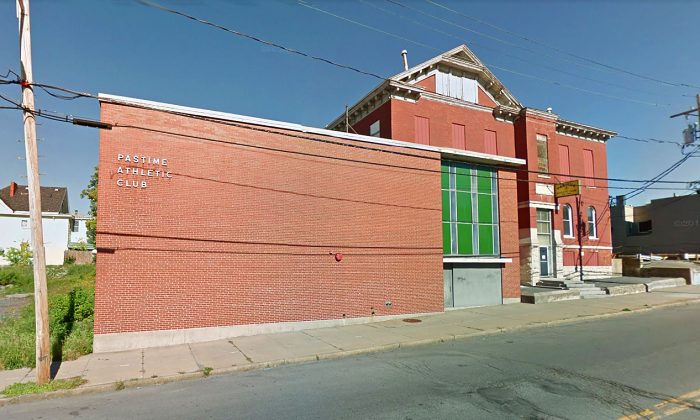 A former firefighter from Syracuse, New York, who was following behind a friend who ran over an 18-year-old was cleared of criminal charges by a grand jury on Tuesday, Jan. 30.

The friend, Peter Rauch, was an investigator with the Oswego County District Attorney’s office.

Former fireman, Edward “Ted” Ackerman, was following Rauch, who was driving a county car, on the night of March 21, 2017, Syracuse.com reports.

According to a timeline presented by Oswego County DA Gregory Oakes, as reported by Syracuse.com, Rauch was driving on North Salina Street at about 1:30 a.m. when he struck 18-year-old Seth Collier.

Rauch, who admitted that he was drunk at that time, drove further down the road to the Pastime Athletic Club at 1314 North Salina Street.

The club’s outside security camera captured Rauch parking his vehicle in the Pastime parking lot just seconds after the fatal impact and walking away.

While ambulances were arriving at the scene and paramedics were trying to save Collier’s life, Ackerman and an unnamed passenger of Rauch’s vehicle entered the Pastime and stayed there for at least an hour.

The passenger would have witnessed the accident. It is possible Ackerman also saw the impact. Neither offered assistance, or even walked over to check on the fallen youth.

#BREAKING: A grand jury has decided not to bring up charges for Ted Ackerman in the hit-and-run that killed #SethCollier last year. https://t.co/hdbcNaWMa0 #SyracuseNY

At about 2:30 a.m., several Syracuse police department vehicles entered the pastime parking lot and secured the car Rauch had been driving.

A few minutes after the police arrived, Ackerman went into the club office and unplugged the outside security camera.

Ackerman was president of the Pastime at the time. As president, he knew that video surveillance cameras covered the parking lot.

This action gave rise to the charge of tampering with evidence.

District Attorney Oakes said Ackerman was not guilty of evidence-tampering because he did not erase or alter the video that had already been recorded.

The police were able to seize and see the video of Rauch arriving in the county car, and watched him walk away. The same video showed Ackerman arriving and entering the club with Rauch’s passenger.

“From a moral point and an ethical point of view, I think Mr. Ackerman deserves all the criticism that he’s been given.

“A prosecutor isn’t to be the policeman of moral rightness or wrongness, it’s to look at the law, and unfortunately this is one of those situations where the law fails to capture the moral failing that took place,” District Attorney Oakes said, according to SpectrumLocalNews.com.

Rauch pleaded guilty to causing the fatal collision and was sentenced to two to six years in prison for second-degree vehicular manslaughter and leaving the scene of a motor vehicle crash.

Ackerman had also been drinking that night, DA Oakes said, although he did not say how much. His blood alcohol level was never tested because he was not directly involved in the fatal collision.

While Ackerman avoided criminal charges, he was fired by the city over his involvement in the incident, and is now petitioning the city to get his job back. Rauch was also fired.

As a fireman, Ackerman was a trained first responder and possibly could have provided life-saving treatment to the injured youth, the the victim’s mother says.

Lisa Purvis, Collier’s mother, said that in the four minutes it took for an ambulance to arrive, Ackerman could have used his training to keep her son alive.

“He didn’t do his job that night,” Purvis told Syracuse.com. “He worried more about helping his friend than helping an 18-year-old left in the road.”

Purvis started a petition online calling for Ackerman not to be reinstated as a fireman.

In that petition, Purvis writes:

“My son was hit by Mr. Peter Rauch.

“Edward “Ted” Ackerman was a fireman with a local fire department, trained as a first responder he witnessed my son being hit and killed in the middle of the street.

“He just left him there, not knowing whether he was dead or alive.

“Then instead of trying to help my son, he left the scene of the accident and tried to cover up evidence of them out drinking together.”

The City of Syracuse is fighting Ackerman’s union, the Syracuse Fire Fighters Association, to try to keep Ackerman form resuming his job.

The city’s personnel director, Robert Stamey, would not discuss the details of the ongoing case, but he did tell Syracuse.com: “The city is defending and will work to continue to uphold its termination of Mr. Ackerman in 2017.

“Because the matter is in arbitration, the city is not in a position to say more at this time.”