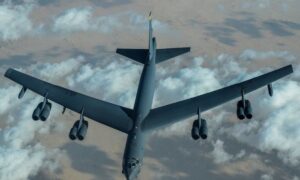 Ex-FBI Official: Mollie Tibbetts Disappeared With Someone She Knew

A former FBI official said that missing 20-year-old Mollie Tibbetts likely left with someone she knew.

“To have a complete stranger to come into a small town like this, someone would have come forward and mentioned that they’ve seen this person,” Mary Ellen O’Toole, a former FBI profiler, told Fox News. She is also the director of the forensic sciences program at George Mason University.

“She was likely not kidnapped. She either got into the car of someone she knew or had a relationship with, or it was someone who had a non-threatening demeanor,” she told the outlet.

Tibbetts, a University of Iowa student, disappeared from Brooklyn, Iowa on July 18, while she was staying at her boyfriend’s home. Her family reported her missing July 19 when she didn’t show up at work.

“She doesn’t sound like the type of girl who would run away and start a new life,” the former FBI agent told Fox. “If she is as close to her mom and dad and others, she wouldn’t have just run off. It’s just not seen as something that happens.”

Meanwhile, if Tibbetts was “just kidnapped, it would be a hard feat to pull off” by the suspect, O’Toole said.

Her father, Robert Tibbetts, also told Fox News this week that believes the young woman disappeared with someone she knew. “It’s total speculation on my part, but I think Mollie is with someone that she knows, that is in over their head,” he said. “That there was some kind of misunderstanding about the nature of their relationship and at this point, they don’t know how to get out from under this.”

He called on the suspect to “just simply call the authorities and put an end to this.”

“Let Mollie come home and hold yourself accountable for what you’ve done so far, but don’t escalate this to a point where you can’t recover yourself,” he added.

An Iowa press conference that was scheduled for Aug. 10 was postponed.

“At this time the investigative team, made up of dedicated members from the Poweshiek County Sheriff’s Office, the Iowa DCI and the FBI, are continuing to follow up on investigative leads and tips,” the Iowa Department of Public Safety said in a news release on Aug. 9. “Information is still coming in and the investigation remains active. The team continues to encourage the public to submit any information they may have in regards to Mollie’s disappearance.”

The Associated Press reported that a reward for Tibbetts’ safe return reached $316,000 as of Aug. 9. A spokesman for Crime Stoppers of Central Iowa told AP that the group passed on more than 830 tips to authorities investigating the disappearance of the woman.

Jack’s brother, Blake, told Fox News that there were no signs of struggle at the home where she was saying, saying that Tibbetts is “small, but she would have done something” if she had been abducted.

Pence: ‘Proud’ of No New Wars Under Trump Administration
0