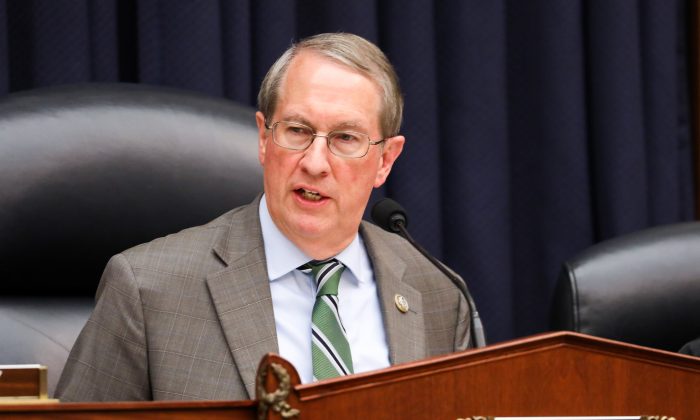 Former high-level FBI attorney Lisa Page will testify before the House intelligence and oversight committees on Friday after lawmakers warned that if she defies their subpoena again, she’ll face a proceeding for contempt of Congress. Her last chance to show up is Friday, July 13, at 10 a.m., chairs of the committees stated in a July 11 letter. Her intent to submit to a closed-door deposition was conveyed to The Epoch Times by a spokesperson for her legal team on Thursday.

Page skipped a closed-door deposition she was supposed to give on July 11. Her lawyer, Amy Jeffress, said on July 10 that Page hadn’t been given enough time to prepare, hadn’t seen all the relevant documents, and hadn’t been given information about the scope of the questioning.

Goodlatte pointed to a letter from Dec. 19 in which he and oversight committee chair Trey Gowdy (R-S.C.) asked Attorney General Jeff Sessions and his deputy, Rod Rosenstein, to make Page and others available for an interview.

They sent another letter on April 16, again asking for interviews with Page and other officials, this time providing six dates between April 26 and May 31 when the interviews were supposed to be scheduled.

On June 21, they sent a letter directly to Jeffress, asking her to make Page “promptly” available for a deposition.

“She and her attorney refused to commit to a date for an interview,” Goodlatte stated.

It was only then that lawmakers opted to use legal power and, on July 7, issued a subpoena.

Goodlatte also dismissed the argument that Page would be asked about documents she’d not seen.

“Many of the documents Lisa Page would be asked about are documents and communications that she created,” he stated, also noting that she’s been provided these documents during her interview with the Justice Department Inspector General (IG).

On June 14, the IG released a report on the FBI investigation of Hillary Clinton’s mishandling of classified information as State Secretary.

Page had an extramarital affair with FBI agent Peter Strzok and, in 2016, the two exchanged thousands of text messages, expressing in many of them a strong bias against then-candidate Donald Trump and in favor of rival candidate Clinton. The pair played major roles in both the Clinton probe and the counterintelligence investigation of alleged ties between the Trump campaign and Russia. Strzok was the lead agent on both probes and Page was the special counsel to then-FBI Deputy Director Andrew McCabe.

In one text exchange with Page, Strzok said he would “stop” Trump from becoming president.

The messages were “not only indicative of a biased state of mind but, even more seriously, [implied] a willingness to take official action to impact a presidential candidate’s electoral prospects,” the IG report states.

Goodlatte and Gowdy are investigating “irregularities and questionable decisions” the Department of Justice (DOJ) and FBI officials made during the 2016 campaign.

Goodlatte said Page “is a key fact witness” and suggested she only had herself to blame if she had failed to review relevant materials.

“Ms. Page and her attorney waited until yesterday [July 10] afternoon to go to the FBI to review documents, just hours before her scheduled deposition,” he said. “In fact, it is the Committee’s understanding that Ms. Page never requested access to view the documents until the FBI reached out to her.”

As to the scope of the questioning, it would cover Page’s “involvement” and “her role related to” the DOJ and FBI decision in 2016, Goodlatte said. “That was clearly communicated to Ms. Page.”

Goodlatte and Gowdy gave Page two more chances to comply with their subpoena: during a public meeting on July 12, where Strzok testified and where she failed to appear, and on Friday, July 13.

After the Strzok–Page texts emerged, Strzok was demoted and posted to the FBI’s office of human resources. On June 15, a day after the IG report, he was escorted out of FBI headquarters and lost his security clearance. Page quit the FBI in May.

Strzok was questioned by Goodlatte’s and Gowdy’s committees for 11 hours behind closed doors on June 27.

It appears neither Page nor Strzok has had access to a transcript of the deposition.

“Fair play and decency dictate that the witness should have the same access to the materials that the committee grants itself,” Strzok’s lawyer, Aitan Goelman, stated in a letter to Goodlatte, asking for the release of the transcript, The Daily Caller reported.

As a result, Page couldn’t use the transcript to make sure her July 11 testimony would match Strzok’s.

“It appears that Lisa Page has something to hide,” Goodlatte said in July 10 statement.

Page hadn’t indicated she was trying to evade testimony altogether—her lawyer only asked for a later date.