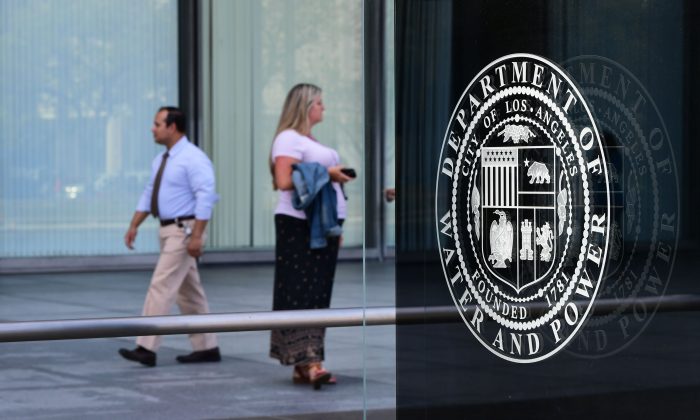 LOS ANGELES—A former Los Angeles Department of Water and Power (DWP) cyber security chief was sentenced to four years behind bars on June 7 for lying to the FBI about his role in a bribery scheme connected to the botched launch of a computerized billing system for the municipal utility.

David Alexander, 54, of Arcadia, admitted lying to investigators about his dealings with Paul Paradis—a New York attorney hired by the L.A. City Attorney’s Office—involving a plan to rig the DWP bidding process to ensure that a multimillion-dollar contract was awarded to a company controlled by the lawyer.

Alexander—who was also ordered to pay a fine of $50,000—pleaded guilty to a felony charge of making false statements. He was the utility’s chief information security officer from May 2017 until February 2019, then served as the department’s chief cyber-risk officer for the next six months.

In July 2019, the FBI executed search warrants at the DWP as part of its investigation into both the department and the City Attorney’s Office. During two interviews with the FBI, Alexander lied about his conversations and agreements with Paradis.

Former DWP top executive David Wright, 62, of Riverside, was sentenced to six years in federal prison in April for his participation in the scheme. Wright—who pleaded guilty to a federal bribery charge—will have to serve three years of supervised release following his prison term and pay a fine of $75,000.

Wright accepted bribes from Paradis in exchange for supporting a $30 million, no-bid DWP contract, according to the U.S. Attorney’s Office.

The cases against Wright and Paradis arose out of the investigation into the billing system rollout and subsequent litigation. The failed system led to many customers receiving wildly inflated bills. A prosecutor said Wright was once “the highest-ranking official of the largest public utility in the United States.”

Wright was the DWP general manager from September 2016 until July 2019, when prosecutors say he was removed from office by Mayor Eric Garcetti after the FBI conducted searches of the DWP and the City Attorney’s Office.

Wright developed a relationship with Paradis after the attorney was hired by the City Attorney’s Office to represent the city in litigation against the contractor involved in the introduction of the billing system.

Paradis and his law firm also had a $6 million DWP contract to provide project management services in efforts to repair the faulty system. At the same time, however, Paradis was representing a DWP customer who planned to sue the city over the botched rollout.

Paradis admitted in his plea agreement that he accepted a nearly $2.2 million kickback for getting another attorney to represent his ratepayer client in the lawsuit against the DWP—a suit that ultimately resulted in a universal, class-action settlement that critics contend was overly favorable to the city.

According to prosecutors, Wright and Paradis struck a deal in early 2017, with Wright supporting a “no-bid” $30 million DWP contract for Paradis’ downtown Los Angeles-based company Aventador Utility Services LLC. In exchange, Paradis agreed to give Wright a million-dollar-per-year job as Aventador’s CEO once he left the DWP, with the deal also including a luxury company car, officials said.

Wright also lobbied members of the DWP board of directors to support the contact for Aventador, the name of which was taken from a model of Lamborghini sports car, according to his plea deal, filed in L.A. federal court.

Wright admitted that he lied to federal investigators in June 2019 when he told them he did not have any financial or business interest tied to Paradis. He also admitted destroying evidence to thwart the federal probe.

After the faulty billing system was unveiled, the city and utility faced multiple class-action lawsuits filed by ratepayers alleging harm resulting from the program.

The City Attorney’s Office had retained Paradis and Beverly Hills lawyer Paul Kiesel in December 2014 as special counsel to represent the city in a single lawsuit meant to be used to settle all related claims on the city’s desired terms, according to federal prosecutors.

Kiesel is cooperating with the investigation and is not charged with any wrongdoing.

Prosecutors contend that when Paradis began representing the city as special counsel in the litigation against PricewaterhouseCoopers over the company’s handling of the billing system, city prosecutors were aware that he was already representing Antwon Jones, a Van Nuys ratepayer who had a claim against the utility arising from billing overcharges.

But Jones was unaware that his lawyer, Paradis, also represented his intended adversary, according to court filings.

A fourth defendant, Thomas Peters, 55, of Pacific Palisades, a former senior official at the City Attorney’s Office, pleaded guilty to a federal extortion charge and is cooperating in the probe. He is expected to be sentenced in August.

Paradis is scheduled to be sentenced in July.

A lawsuit brought against the city of Los Angeles by Jones is pending in Los Angeles federal court, where a judge is considering a defense motion to dismiss the case. The suit over Jones’s massive DWP bill—which ultimately led to the legal scandal and an FBI raid of City Hall—alleges violation of civil rights and waste of taxpayer funds.