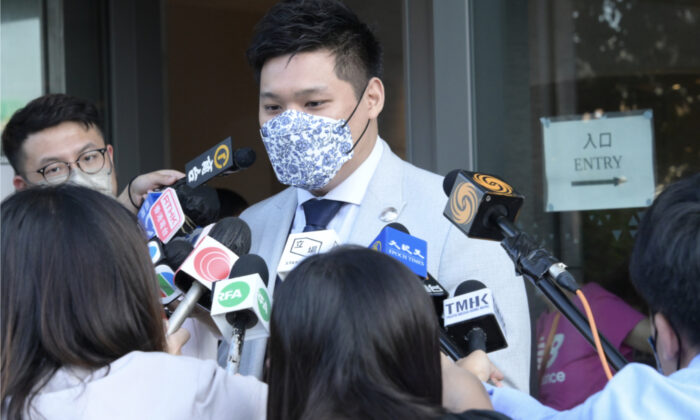 Former Shatin District Councillor Li Chi-wang was arrested in Causeway Bay, Hong Kong, alongside several other people during a 2020 parade initiated by netizens. Li was charged with one count of making an excessively loud noise in a public area or committing acts of disrupting public order. The Eastern Magistrates’ Courts gave its verdict on July 15.

Magistrate Winnie Lau Yee-wan said that although the defendant did not commit any substantive acts of violence, he did verbally abuse the police and incited other demonstrators at the scene on the day in question. Lau ruled the defendant guilty of these offenses and had him remanded in custody until Li’s sentencing on July 28.

Convicted for Being Loud During a Rally

The 27-year-old defendant, Li Chi-wang, was a member of the Wo Che Constituency of the Shatin District Council at the time of the alleged crime.

On May 24, 2020, Hong Kong netizens launched a “rally against the National Anthem Law and the National Security Law” in Causeway Bay and Wanchai, beginning in Be Water style (orderly progression of one group after another in comparison to how water flows).” The police arrested several demonstrators, including former Shatin District Councillor Li.

Magistrate Lau quoted the prosecution’s testimony. At about 4 p.m. on Hennessy Road, Causeway Bay, the defendant suddenly fell and sat on the ground during a confrontation with the Hong Kong Police. After that, the police pulled up the cordon while the defendant shouted political slogans, inciting other demonstrators to do the same.

Soon after, he got up and accused a police officer of pushing him. He became emotional and caused bystanders to join in and scold the police.

Lau pointed out that Li’s loud speech and other behaviors were inflammatory, insulting, and provocative, arousing the protesters’ emotions and hatred toward the police. Li’s actions had intentionally challenged the police and elicited protesters’ chaotic behaviors at the scene. Hence there was a high likelihood that public order would be impacted, which would have only increased the chance of escalated violence.

The defence claimed that Li was exercising his legal rights to monitor the police under the District Council Ordinance. The court, however, disagreed. The magistrate continued, “District councilors do not have the rights and responsibility to monitor the police. Li was also not a district councilor of the area at the time of the incident.” In addition, the Magistrate said Li’s behavior caused more hindrance to the police, so the surveillance claim was rejected and seen as an excuse.

Apology to Everyone He Served

Li said goodbye on Facebook to the people of the neighborhood he used to serve. “I am very grateful to everyone in my neighborhood and friends who have always supported me. There are too many things in life that cannot be controlled. No matter the outcome, I can only try my best.”

Li also apologized to everyone in the Wo Che Estate neighborhood. He said he would not be able to continue his services for them and hoped they would understand and forgive him.