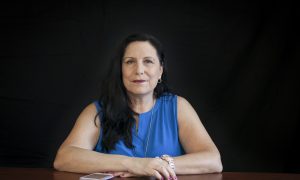 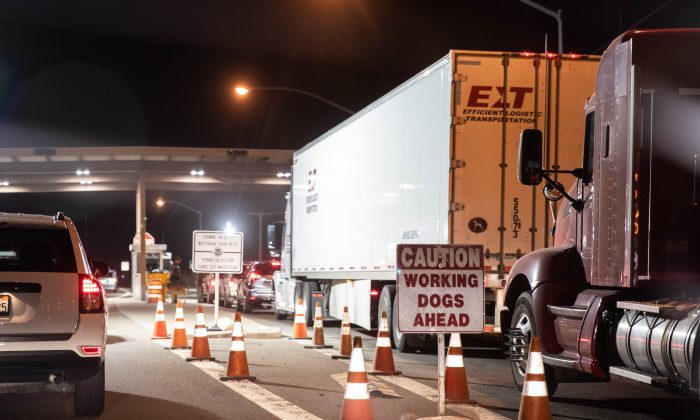 Ex-DHS Agent: 10,000 Children Trafficked Into US as Sex Slaves Each Year

About 10,000 children are smuggled into the United States every year to be sold as sex slaves, according to a former Homeland Security agent who worked in the child-trafficking unit.

“For a decade of that service, I was stationed at the border office in Calexico, California,” Timothy Ballard wrote in a Jan. 30 opinion article published on the Fox News website. “Based on my extensive experience fighting transnational crime along the southern border, I know that we should absolutely finish building the wall, for the sake of the children.”

“Human trafficking is the fastest growing criminal enterprise on the planet, with millions of child victims stuck in its clutches,” Ballard wrote. “Indeed, this is no peripheral issue—this alone should be front and center in our border and immigration debate.”

Ballard said his organization rescued a young girl who was 13 when she was kidnapped from her village in Central America and then trafficked to New York City, where she was raped 30 to 40 times a day.

“Had there been a wall, Liliana’s traffickers would have likely been compelled to try their luck at any given port of entry, which are armed with advanced technology and well-trained officers,” Ballard wrote.

He said at the same time the young girl was being trafficked across an unprotected part of the U.S.–Mexico border, a young boy was rescued as his kidnappers tried to smuggle him through a port of entry. The 5-year-old boy had been kidnapped in Mexicali, Mexico, and traffickers attempted to cross the border at the Calexico port of entry to California.

“Alert officers, using their sharp skills and high-tech monitoring equipment, snagged the American trafficker … rescued the boy, and then identified an entire trafficking network, allowing us to rescue many more children,” Ballard said.

“The U.S. is one of the highest, if not the highest, consumers of child sex. As such, traffickers know they will become very wealthy by getting their enslaved children into our country. We do these traffickers a great favor by leaving our border virtually wide open.”

The National Center on Sexual Exploitation has collected evidence from numerous studies that prove that pornography and America’s hypersexualized culture are driving the insatiable desire for sex and the purchase of sex, including that with children.

The Los Angeles County Sheriff’s Department announced the effort on Jan. 29 and said among the arrests were 36 suspected traffickers and exploiters, and 156 males charged with solicitation.

“To the Johns: Sex with a minor is nothing short of child molestation and we aim to treat it as such. Buying sex adds to the exploitation of those involved,” Assistant Sheriff Maria Gutierrez said at the press conference.

Los Angeles County District Attorney Jackie Lacey said, “We must help the young victims who are lured into sex trafficking and prosecute both the people who pay for sex with children and the traffickers who benefit financially from these horrendous crimes.”

In Atlanta, ICE Homeland Security Investigations agents made 33 arrests and rescued four victims in the past few days, according to a message from Homeland Security Secretary Kirstjen Nielsen on Twitter Jan. 30.

In December, Jason Daniel Gandy of Houston was sentenced to 30 years in federal prison for trafficking children for commercial sex, according to ICE.

Gandy flew with an unrelated 15-year-old boy from Houston to London, where he intended to make the child perform massages during the 2012 Olympics, according to ICE. Gandy had also molested the child on more than one occasion and intended to continue doing so.

ICE identified or rescued 904 sexually exploited children in fiscal 2017. In fiscal year 2018, ICE made more than 1,500 human-trafficking arrests. Most were for sex trafficking.

In 2017, more than 8,500 cases of human trafficking were reported to the National Human Trafficking Hotline, with 6,000 of the cases related to sex trafficking. Reports are most commonly from California, Texas, and Florida.

President Donald Trump is expected to make border security a top feature during his State of the Union address at the Capitol on Feb. 5.

“I will say that some of them [guests] will be border-related, some of them will be people who have suffered very badly because we didn’t do what we should’ve done in a very dangerous part of our country, and so that’s going to be a part of it, absolutely.” Trump said in an interview with the Daily Caller on Jan. 30.

The president has been outspoken about human trafficking, saying the main victims are women and children.

“Women are tied up. They’re bound. Duct tape put around their faces, around their mouths. In many cases, they can’t even breathe,” Trump said at an event in the Rose Garden on Jan. 25. “They’re put in the backs of cars or vans or trucks. They don’t go through your port of entry. … There’s nobody to catch them. There’s nobody to find them.”

Congress is currently negotiating border-security funding before a Feb. 15 deadline, when a government shutdown will go into effect if no deal is reached.

Trump has said he won’t sign legislation that doesn’t include funding for more border wall. He is asking for $5.7 billion to go toward 234 miles of fencing along the almost-2,000-mile southwest border. Currently, 654 miles is fenced.

Senate Minority Leader Chuck Schumer (D-N.Y.), in his rebuttal to Trump’s national address Jan. 8, said that, “This president just used the backdrop of the Oval Office to manufacture a crisis, stoke fear, and divert attention from the turmoil in his administration.”

Speaker of the House Nancy Pelosi (D-Calif.) said in early January that “a wall is an immorality between countries; it’s an old way of thinking.”

She reiterated in a Jan. 31 press conference that “there’s not going to be any wall money in the legislation.”