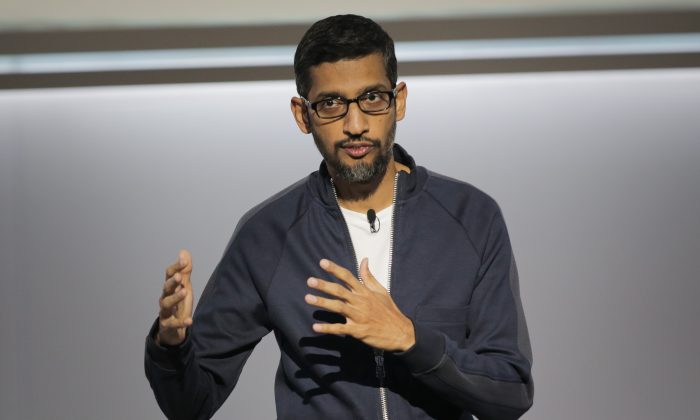 Google’s decision to cut ties with Pentagon’s artificial intelligence program could put American lives at risk, according to a former top U.S. defense official, who pointed out that the tech giant is helping U.S. adversaries such as China develop AI technology that could be used against the United States in a conflict.

News broke last week that a group of Google engineers refused to continue working on a project that Google had contracted with the Department of Defense. Project Maven sought to apply AI tools to help the U.S. military analyze drone footage.

As a result, Google CEO Sundar Pichai promptly canceled the program and pledged that the company will not use AI to create weapons of war or illegal surveillance, or to cause “overall harm.”

Former Deputy Defense Secretary Robert O. Work, who served in both the Obama and Trump administrations, blasted Google’s decision on June 26 at the Defense One Tech Summit in Washington.

“I fully agree that it might wind up with us taking a shot, but it could easily save lives,” Work said, who started Project Maven during his tenure at the Pentagon.

“I believe the Google employees created an enormous moral hazard for themselves.

In addition, Work said Google’s moral claim is hypocritical, as the tech giant has recently opened an AI center in Beijing. The Chinese regime has explicitly made developing AI a top national priority in its drive to overtake the U.S. technological edge.

“Anything that’s going on in the AI center in China is going to be the Chinese government and then will ultimately wind up in the hands of the Chinese military,” Work said. “I didn’t see any Google employee saying, ‘Hmm, maybe we shouldn’t do that.'”