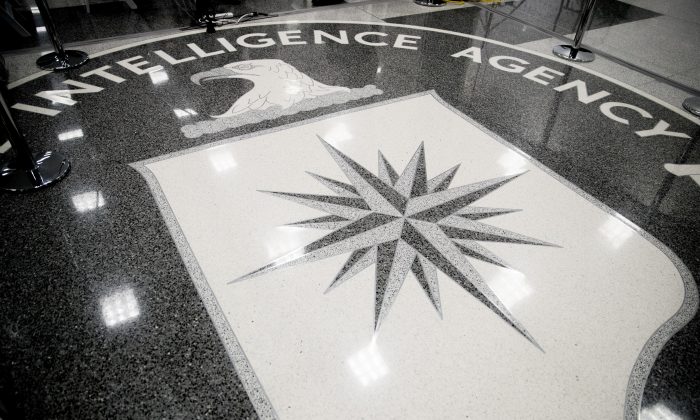 The floor of the main lobby of the Central Intelligence Agency in Langley, Va., on Jan. 21, 2017. (AP Photo/Andrew Harnik)
US

A Virginia man allegedly handed over top-secret information to a Chinese spy he claimed was his business partner.

Kevin Patrick Mallory, 60, of Leesburg, Virginia, was arrested and charged in Alexandria with espionage and making false statements to federal officials, the Department of Justice announced.

The Washington Post reported that he’s a former CIA officer had a top-secret security clearance until 2012 when he left the government, and had worked with defense contractors and other agencies.

He made two trips to Shanghai in spring 2017 and met with a Chinese agent posing as a think tank staffer. Officials said he was planning another trip to China this month to hand over more documents.

“The conduct alleged in this complaint is serious, and these charges should send a message to anyone who would consider violating the public’s trust and compromising our national security by disclosing classified information,” stated Dana J. Boente, Acting Assistant Attorney General for National Security and the U.S. Attorney for the Eastern District of Virginia.

“Kevin Mallory was previously entrusted with Top Secret clearance and therefore had access to classified information, which he allegedly shared and planned to continue sharing with representatives of a foreign government,” said Vale. “Furthermore, he allegedly misled investigators in a voluntary interview about sharing of this classified information. The FBI will continue to investigate those individuals who put our national security at risk through unauthorized disclosures of information.”

When he returned to the United States from China, more than $16,500 cash was found in his luggage by customs officials, which he didn’t initially declare.

He told customs officials that he was in China for a business trip and a father-son vacation.

“Your object is to gain information, and my object is to be paid for it,” Mallory wrote to his Chinese contact, The Post reported.

“My current object is to make sure your security (sic) and try to reimburse you,” the operative then allegedly replied.

“I just know he was a pretty quiet guy, kept to himself, nice, nothing out of the ordinary,” said neighbor Cameron Norris. to the broadcaster. “I think everyone’s just shocked, pretty surprised, definitely didn’t see this coming.”