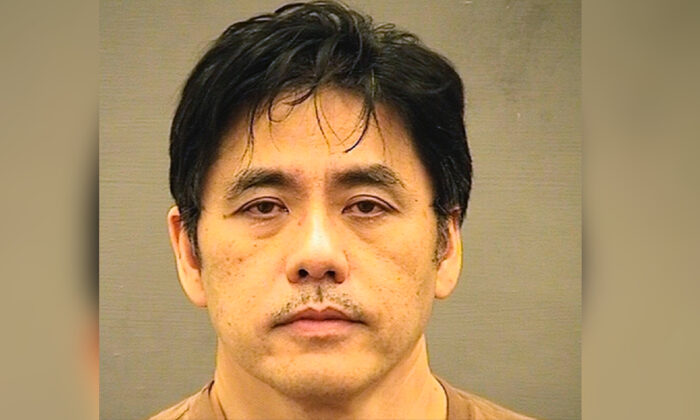 ALEXANDRIA, Va.—A former CIA case agent was sentenced on Nov. 22 to 19 years in prison for an espionage conspiracy with China.

Fifty-five-year-old Jerry Chun Shing Lee was sentenced in federal court in Alexandria after his guilty plea earlier this year.

He pleaded guilty to conspiracy to commit espionage, but prosecutors and defense lawyers disagreed about the extent of the crime.

Prosecutors say Chinese intelligence officers gave Lee more than $840,000 and that Lee likely gave them all the information he had from a 13-year career as a CIA case officer. They sought a prison term of more than 20 years.

Defense lawyers say the government never proved that the money came from China or that Lee ever carried out any plans to deliver government secrets.

The sentence was significantly longer than the 10-years sought by defense attorneys.

Lee’s lawyers disputed that their client’s conduct was anywhere near as severe as the government described. The lawyers noted that Lee admitted as part of his plea bargain that he agreed to engage in an espionage conspiracy with China, but never admitted that he actually divulged any secrets.

“What the government is describing is their worst possible nightmare,” said defense lawyer Nina Ginsberg.

Prosecutors acknowledged they had no direct evidence to prove what was transmitted, nor proof that the $840,000 in cash that Lee deposited into his bank account over a three-year period came from China.

But prosecutors said Lee was never able to come up with a good explanation for where he got the cash. He ran a tobacco business in Hong Kong, but it was essentially a failure, prosecutors said.

“The only logical conclusion,” said prosecutor Neil Hammerstorm, is that that Chinese intelligence “must have been getting top-drawer, high quality (information)” from this defendant.

Prosecutor Adam Small said the government believes Lee turned over information that was found in a notebook and a thumb drive that were found in his possession as part of the government’s investigation. That included the names of eight CIA clandestine human sources, Small said, people that Lee himself recruited and handled in his years as a CIA case agent from 1994 to 2007.

Small said the Chinese intelligence officers who met with Lee also gave him more than 20 “taskings” in which they sought details of CIA spycraft, like how they communicate with sources and maintain their cover.

“Everything he knew would have been highly valuable to the PRC,” Small said.

Ginsberg, though, said there’s no evidence that any of the sources who were identified in Ginsberg’s notebook were harmed or compromised in any way.

Small countered that the risk of harm from Lee’s conduct is grave, even if no actual harm occurred.

“Whether something has or has not occurred is in some ways irrelevant,” Small said.

The biggest clue to the depth of Lee’s betrayal, prosecutors said, is the amount of money they say he received. The $840,000 dwarfs the amounts that other spies have received. Prosecutors pointed to the recent case of Kevin Mallory, a former CIA officer who was sentenced to 20 years in prison for disclosing secrets to China in exchange for just $25,000.

Lee, for his part, apologized for his actions.

“I take full responsibility for my conduct,” said Lee, a naturalized U.S. citizen who immigrated to Hawaii from Hong Kong with his family when he was 15.

Lee’s work for Chinese intelligence coincided with the breakdown of CIA spying operations in China from 2010 to 2012, during which more than a dozen CIA informants in the country were killed or imprisoned, The New York Times reported. Lee is suspected to be the source of the breach, according to the report.