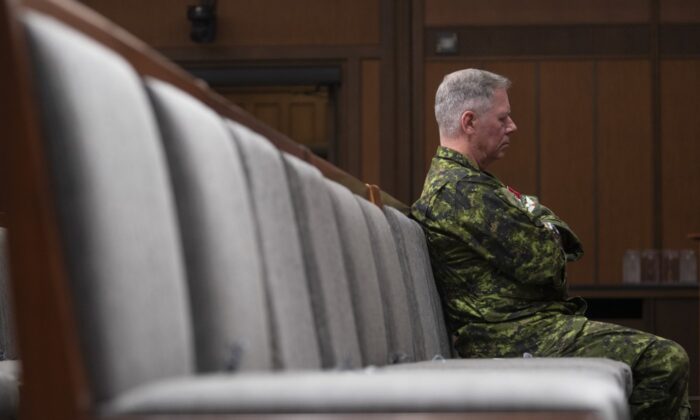 Chief of Defence Staff Jonathan Vance sits in the front row during a news conference, June 26, 2020 in Ottawa. (The Canadian Press/Adrian Wyld)
Canada

Former chief of the defence staff general Jonathan Vance has pleaded guilty to one charge of obstruction of justice.

Vance’s lawyer Rodney Sellar confirmed the plea during a virtual court appearance this morning in which the former Canadian Armed Forces commander appeared by video.

The Canadian Forces National Investigation Service alleged that Vance repeatedly contacted a woman in February 2021 and “tried to persuade her to make false statements about their past relationship” to military investigators.

Vance was not charged with any inappropriate sexual misconduct.

Sellar is now seeking a discharge, arguing to Justice Robert Wadden that his client entered a guilty plea at the earliest opportunity and has already suffered significant financial and reputational damage.