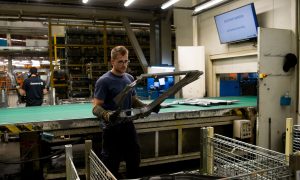 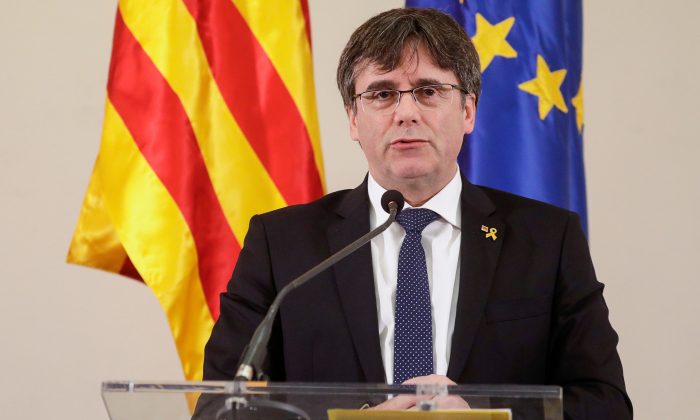 BRUSSELS—Carles Puigdemont, the former president of the Spanish region of Catalonia, has announced he will run for a seat in the European Parliament, in a bid to win immunity from criminal charges linked to a 2017 independence referendum.

The separatist leader, who is currently living in exile in Belgium, will be the lead candidate for his party Junts per Catalunya (Together for Catalonia) in the Europe-wide contest to be held May 26.

Announcing his candidacy, Puigdemont said in a tweet: “It is time to take another step forward to internationalize Catalonia’s right to self-determination, right from the heart of Europe to the whole world.”

In an interview with Catalan radio Rac1, he vowed to return to his home region, claiming that becoming a member of the European Parliament would give him immunity from criminal charges.

“From the moment the results are declared, the immunity works. If I am an MEP, I will go back to Catalonia because I will get immunity everywhere, including in Spain,” he said.

However, that interpretation has been disputed by sources in both Madrid and Brussels, where officials have argued that the former president’s immunity can’t be applied because he has already been charged with offenses.

The separatist leader has been warned that he is likely to be arrested and imprisoned if he returns to Spain to be formally sworn in as a European parliamentarian.

Officials in Madrid told the Spanish newspaper Libertad that the country’s Supreme Court will lobby EU Parliament authorities in the European Parliament to annul Puigdemont’s immunity if he is elected.

Pablo Perez, an official at the European Commission, pointed to European Parliament guidelines that show “immunity does not apply when an MEP has or is suspected by the competent judicial authorities of having committed an offense.”

Puigdemont and several other members of his deposed cabinet fled to Belgium in October 2017, just hours before they were hit with charges of sedition, rebellion, and misuse of public funds.

Madrid has already jailed senior Catalan leaders over the decision to hold an independence referendum on Oct. 1 last year, which wasn’t sanctioned by the central government. Trials for the cases of 12 Catalan politicians for their role in the referendum started in February.

Puigdemont and five other members of the administration are living in exile in other EU countries, where they have been pursued unsuccessfully by the Spanish government through issuing Europe-wide arrest warrants.

Four Catalan leaders from his party who are currently in jail in Spain—Jordi Sànchez, Quim Forn, Jordi Turull, and Josep Rull—have also announced they intend to run in the European elections.

In a letter posted to the party website, they said: “We’re going out to win. We will make our commitment to honest politics—with a return to dialogue, and harmony between peoples and defense of democracy—central to our action.”

They also vowed to stand on a platform “that will exercise the right to self-determination of Catalonia.”

Announcing Puigdemont’s candidacy, Elsa Artadi, a spokeswoman for his party, told a press conference in Barcelona: “The best way to continue to internationalize the Catalan conflict and for us to be heard in Europe, for the repression to be made visible, is to have a JxCat [Junts per Catalunya] voice that is free to speak in Europe, and that voice can be none other than Puigdemont’s.”

The October 2017 independence referendum was marred by scenes of Spanish police brutality that drew condemnation from politicians around the world.