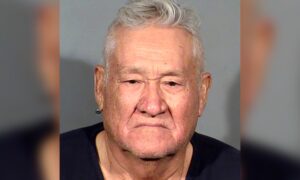 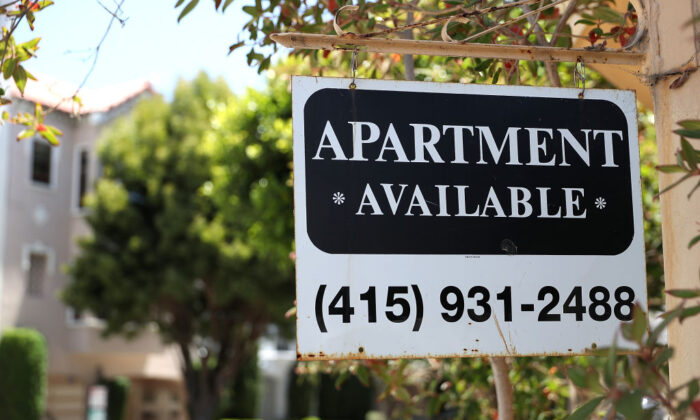 A rental vacancy sign is posted in front of an apartment in San Francisco, Calif., on June 13, 2018. (Justin Sullivan/Getty Images)
Southern California

A California homeowner hasn’t received rent from her tenants in more than 17 months. She also hasn’t received any payments from the state’s COVID-19 rent relief program, after applying for several months.

Alyona Nickelsen, an award-winning artist, author, and owner of a three-bedroom condo in Aliso Viejo, said her tenants of more than six years have been unable to make rent payments since April 2020.

Nickelsen immigrated to Aliso Viejo from former Soviet-occupied Kyiv, Ukraine, in 1999. She started a family and opened an art business called Brush and Pencil.

“That was my chance to actually start my life all over,” Nickelsen said.

The eviction moratorium was extended from March 1, 2020, to Sept. 30, 2021, via Assembly Bill 832. Since then, Nickelsen’s tenants have not paid their rent, and she lost her second source of income. Every month the tenants are there, she’s losing more than $3,000, she said.

“We have bills to pay. … It’s my husband and I, and I’m a colored pencil artist. Give me a break. How much [do you think I make]—and my husband is a retiree on Social Security,” Nickelsen said.

Nickelsen and her husband now reside in Texas and are trying to sell the house in Aliso Viejo. However, they’ve had difficulty finding a buyer with the condo remaining occupied.

“They said, ‘We have no place to go. We have no intentions to leave, period,’” she said.

“All of this is not really helping me to do what I’m supposed to do, what I plan to do. … Instead, I’m stuck with this miserable wheeling and dealing going with people back and forth, and telling them you owe me money.”

Nickelsen tried to take her case to the Superior Court in the Central Justice Center. However, the case was dismissed, and she was advised by the judge to apply for COVID-19 rental relief, she said.

Nickelsen applied for the rent relief in March to receive 80 percent of the rent due, promising to forgo the remaining 20 percent. However, she didn’t receive any of the funds.

When the state updated its terms, promising landlords 100 percent of their past-due rent, she reapplied on June 19. Since then, however, she hasn’t heard back.

Russ Heimerich, deputy secretary of communications for the state’s housing agency, said the state intends to distribute the COVID-19 relief in a more efficient manner.

“Our goal is to get it to the point where from the time a completed application is submitted to the time payment goes out is 30 days or less. Closing in on my goal. We’re not quite there yet,” Heimerich told The Epoch Times.

The state launched a $5.2 billion rent relief program to cover past-due rent that tenants owe their landlords as a result of the COVID-19 pandemic.

The state has already distributed rental relief to nearly 30,000 households—totaling around $320 million—not including the local jurisdiction’s rent relief distribution.

Nickelsen’s tenants have until Sept. 30 to pay 25 percent of the rent they owe, which can be made in one lump sum. Failing that, they face eviction.

Jonathan Madison, lead attorney at the Madison Firm, said the eviction moratorium was extended to allow the state more time to distribute the funds to the landlords, and once the moratorium ends, there could be a rise in homelessness.

“The homeless population has already skyrocketed. It will get worse,” Madison told The Epoch Times.

“When the moratorium does expire, you’re going to have a wave of evictions at an unprecedented level, and it’s just going to be unfortunate for a lot of tenants out there.”