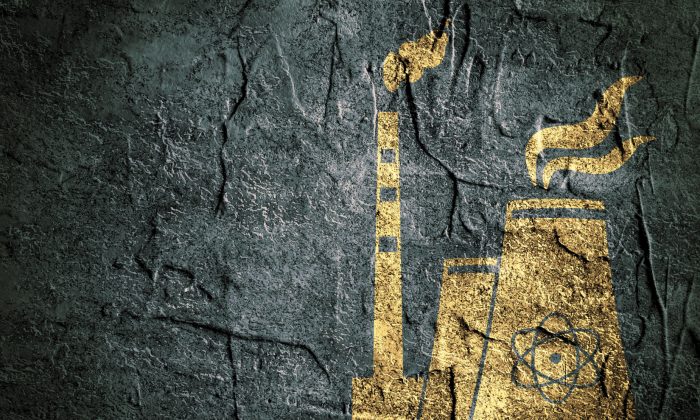 Could large nuclear reactors become a thing of the past? (Evgeny Gromov/iStock)
Environment

Everything You Need to Know About Mini Nuclear Reactors

Nuclear power can be a touchy subject, one that seems to divide opinion. Many people believe it is unclean, controversial, and costly—and the 2011 Fukushima disaster showed the world just how unsafe nuclear can be; the meltdown of the power plant was the worst nuclear disaster since Chernobyl in Ukraine, 25 years earlier.

On the other hand we still need nuclear power. It has decreased the U.K.’s dependence on fossil fuels such as gas, coal, and oil, which are in limited supply. And nuclear is a much more reliable energy source—for the same amount of fuel, nuclear produces much more energy than its carbon-based counterparts. And, as well as being cost effective, it also produces little waste.

The chancellor of the exchequer, George Osborne, now wants the U.K. to be a “global leader in innovative nuclear technologies.” Part of this plan involves spending 250 million pounds ($353.3 million) on a research and development program to put the U.K. in with a chance of “winning” the race to develop small modular reactors (SMR).

In the recent Budget, Osborne launched a competition for the “best value” design of small modular reactors for use in the U.K. The government has also said it plans to publish a small modular reactor delivery “roadmap” later this year and will allocate at least 30 million pounds ($42.4 million) for an advanced manufacturing program to develop nuclear skills.

All of which will pave the way towards building one of the world’s first small modular reactors in the U.K. in the 2020s.

Given the amount of investment, it’s clear SMRs are big business for government—and for good reason: experts suggest that small nuclear reactors may be the key to a low-carbon future.

What Are Small Modular Reactors?

Small modular reactors are essentially scaled down versions of full-sized nuclear reactors. They are defined by the International Atomic Energy Agency as having a power output of up to 300MW—which is enough to power around 428,000 700-watt washing machines. This compares to a full sized nuclear power reactor which boast around 1,000MW—more than three times as much.

Each person in the U.K. uses an average of 226 Watts throughout the year, and a typical SMR can theoretically produce enough power for roughly 1 million people using 226 Watts.

Compare this to the largest commercially available wind turbine installed in Denmark which usually runs at 26 percent of capacity. This equates to supplying 9,203 people—making the difference in output huge.

At the other end of the size scale, the new nuclear power station which will be built at Hinkley point C over the next decade or so will have a capacity of 3,200MW—which will be able to provide energy for more than 14 million people, more than ten times the power of any SMR. But what SMRs lack in size and output they make up for in accessibility and the small amount of time it takes to build them.

Why Should We Use Them?

The main benefit of SMRs compared to full-sized reactors is probably financial—the capital start-up costs are far lower, reducing the cost risk for any interested builder.

Another advantage over full-sized reactors is that most countries are better equipped for smaller power loads than bigger ones—the national electricity grid of some countries cannot handle the huge power load from a full-sized power station—they would simply overload and shut down—so SMRs would be ideal in these circumstances.

The modular design of the SMRs also ensures they can be manufactured and assembled at a central factory then sent to their new location where they can be installed relatively easily. This is particularly useful in remote locations which might not have the best manufacturing facilities.

SMRs also have good safety features including a natural cooling feature which comes via an underground cooling mechanism. This can continue to function without external power because the primary coolant system uses natural circulation so there are no pumps required—making it an ideal safety feature against core meltdown—which was the problem in Japan when the 2011 tsunami hit.

Then there is also the advantage of being able to locate the reactor underground, providing more security and protection from natural hazards, such as high winds.

What About the Disadvantages?

The obvious drawback is the increased running costs—each kilowatt hour (kWh) of electricity from an SMR would be expected to cost between 15 percent and 70 percent more than a kWh of electricity produced in a full-sized nuclear power station, due to economies of scale. This means power output decreases while other costs stay constant.

There are also the usual public fears surrounding nuclear power generation and nuclear waste—which can make SMRs a hard sell, although some of the designs use a “breeder facility,” which helps to reduce the waste output. Design features such as this combined with an increase in knowledge surrounding SMRs should help to avert public fears over safety.

There are already a number of SMRs in operation around the world including in India and China. There are also numerous other SMRs in various states of completion too, from the 35 MWe KLT-40s which is under construction in Russia, to the Molten salt-based reactor still in the design stage in the U.K.

The government’s SMR competition is a great step forward in taking things closer to development. Once funding has been allocated to a preferred design then there’s just a small matter of building one. So while the use of SMRs may be one step closer, it is still going to be some time before these smaller nuclear reactors are in widespread use across the U.K.

Stephen Monk is a lecturer at Lancaster University in the U.K. This article was originally published on The Conversation.