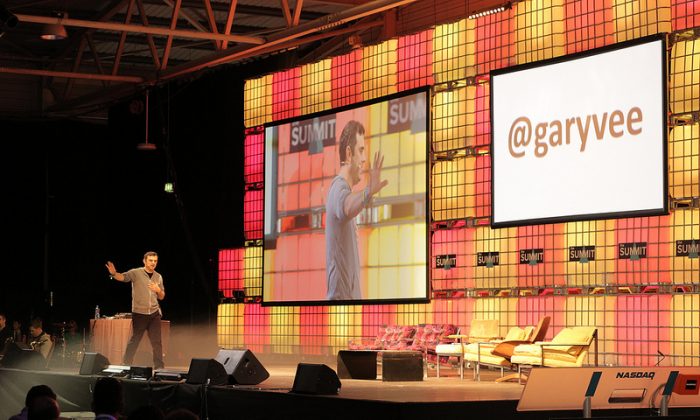 Everything is About to Change, Again

10,000 technology entrepreneurs descended on Dublin recently to share with their peers the technology they are inventing to solve 21st century problems
By Gerald O'Connor

If you wanted to know what new and emerging technology would be running our lives over the next few years, ‘The Summit’ was the place to be on October 30th and 31st.

The recently rebranded Web Summit drew an audience of 10,000 technology entrepreneurs to Dublin who were celebrating and sharing about their successes, and innovating and collaborating on new technologies which they hope will change the world.

Whether it was how we purchase goods, how we connect with friends, or even simple things like the smoke alarms in our homes, giants of the tech world were sharing how they thought disruptive technology coming down the pipeline is going to change our lives.

Roelant Prins of Adyen, a company working on the next generation of payment solutions, thinks in a few years’ time we won’t have to worry about different currencies, “I’m pretty sure we will get rid of the cash in our pockets soon. This is the direction we are going and we are so excited to be a part of it.” He is predicting dramatic changes in how payments are made, and that our mobile phones will have a much larger role to play in making simple day to day payments.

When asked what projects excited him, Brad Burnham of Union Square Ventures replied that he was really excited to be investing in new markets. He described Twitter as a market for attention, but the application that excited him the most was Lending Club, where borrowers and lenders connect. According to their site, “Lending Club is an online financial community that brings together creditworthy borrowers and savvy investors so that both can benefit financially.” The principle is lending money as an investment, without the need for banks.

Mr Burnham also suggested that all the changes that are possible by having a fully connected society have not been fully realised, and as these changes happen we will see profound implications for society.

Authors Shel Israel and Robert Scroble recently published the book “The Age of Context”, and in their talk at The Summit they described how context and the data that we are all producing will mean there will be a big change in how we are marketed to in the near future.

Robert Scroble gave the example of how the new car, the Mitsubishi Volt, is collecting 200 megabytes of information a second about its driver, and it’s not clear what is being collected and for what purpose. The contextual information being collected could be used for anything from marketing to road traffic violations. The driver of the car just needs to trust that the information won’t be used against him.

Chris Kennedy the CTO of TrustDev, said the reason that his company is set up in Ireland, even though his company’s main market is in the US, is because of the pool of talent here.

To those entrepreneurs, Irish or otherwise, who may be worried that they have missed their chance to build the next big Web-based company, Gary Vaynerchuk of VaynerMedia offered this reassurance, “We are living in the most awesome time and the ground is super fertile.” He thinks start-ups who work hard still have every chance for success, “Work ethic is a substantial differentiator. Hustle really matters.”