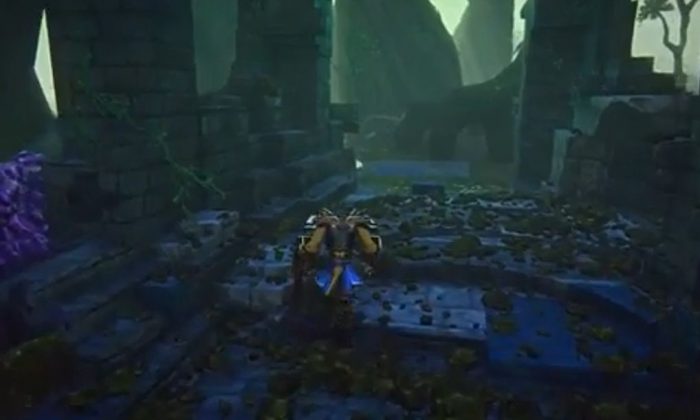 EverQuest Next, which features a destructible world, will be devoid of the so-called “trinity” of classes in most other MMORPGs: tanks, healers, and DPS.

The news comes about a week after EverQuest Next released its official beta sign-up.

“The dedicated roles of the holy trinity are not going to be present in EverQuest Next,” senior producer Terry Michaels was quoted by USGamer as saying.

He added: “There will be different classes and different build that are angled towards some of the roles, so there might be a class or a build or a class that is more tank-ish but you don’t NEED that person to accomplish that goal and content. You can go in there without having somebody who is the stereotypical tank.”

Tanks are the durable characters that can take damage and distract enemies, DPS characters do damage while the enemies are distracted, and healers attempt to heal others to keep them alive.

Michaels also told IGN that he wants the game to have better social interaction among players.

He then gave a hint that the destructible environment would come into play during PvP.

“With EverQuest Next, we’re going back to our roots – a space we defined with the EverQuest legacy – and ushering in a new era of MMOs: The Emergent Era,” Smedley said in a statement obtained by News Limited.

And Dave Georgeson, the head of development for the EverQuest franchise, noted that many MMORPGs fit into the same mold, but EverQuest will strike to break through that.

“All of the other guys are reiterating the same things,” Georgeson said. “Most of them are pretty much the same game. We realised that if we did the same thing we would probably have the same fate, which was the big spike up at release and then a drop. We wanted to build a game that we haven’t built before.”