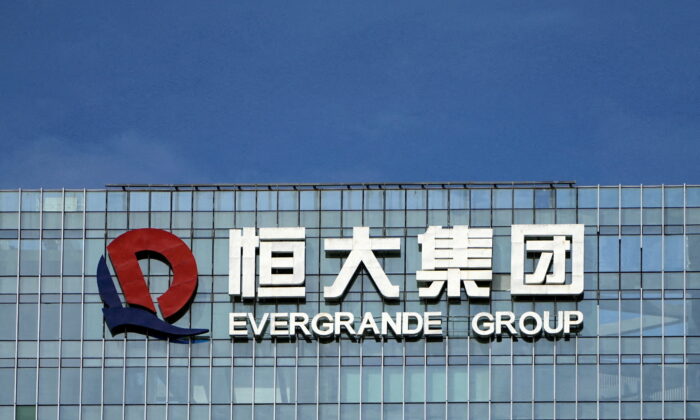 Embattled real estate giant China Evergrande Group, whose total debts are estimated to surpass $300 billion, has announced that it will not meet the March 31 deadline for publishing its audited 2021 financial results.

The news comes as one of its units also said on March 22 that unnamed creditors have seized $2 billion of the company’s bank deposits held as collateral on its loans.

In a stock exchange filing, Evergrande said that “drastic changes” to the company’s operating environment had led its auditor to put a number of additional audit procedures in place. Together with the impact of COVID-19, the firm claimed, these revisions to the audit requirements have made Evergrande unable to complete the procedures by the deadline.

Evergrande, with over $300 billion in liabilities, defaulted on some overseas bond payments in December and has struggled to repay suppliers and creditors and complete projects and homes.

In a separate filing on Tuesday, Evergrande said its Property Services Group had launched an investigation into how banks seized 13.4 billion yuan ($2.1 billion) in deposits that had been pledged as security for third-party guarantees.

Evergrande plunged deeply into debt after Chinese authorities relaxed lending requirements in recent decades, and the company began to branch out from its original focus on real estate and become active in sectors and industries as varied as biotech, artificial intelligence, 5G, semiconductors, batteries, and electric vehicles.

The company has been trying for years to restructure its debt, avoid default, and kick the can down the road by making late interest payments to bondholders.

But the firm’s creditors have increasingly lost patience and threatened to resort to legal action if the insolvent conglomerate did not make faster progress toward restructuring and paying off its myriad obligations.

In December, the company failed to make interests payments on U.S. dollar-denominated bonds issued by an entity called Scenery Journey Ltd. Evergrande had a 30-day grace period following the Nov. 6, 2021, payment deadline, but still had not made the payments as of Dec. 7, the Wall Street Journal reported.

The firm set up a risk management committee in December made up mostly of members from state enterprises, as the Guangdong provincial government is leading the restructuring.

Chen Yong, a member of the committee, told investors on March 22 Evergrande would announce a restructuring proposal by the end of July.