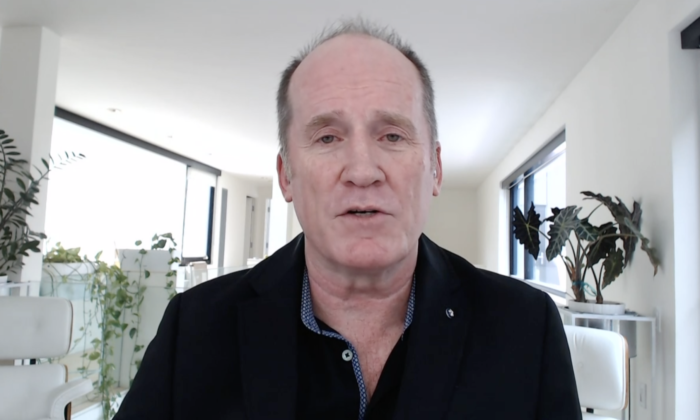 Retired member of the U.S. Army Special Forces and president of the Security Studies Group Jim Hanson on NTD's "Capitol Report" on March 8, 2022. (Screenshot via The Epoch Times)
Russia-Ukraine War

Even With Military’s Underperformance, Kremlin Likely to Achieve Land Grab: US Security Expert

Jim Hanson, a retired member of the U.S. Army Special Forces and president of the Security Studies Group, said in his assessment, Russian President Vladimir Putin’s plan in Ukraine is developing according to the Kremlin’s initial goals, except that the Russian military is floundering.

“I’ve known what his ultimate goal was from the beginning, and it was to gain recognition for Crimea, to take official control of the two Russian-speaking provinces, and at that point, to use a further incursion into Ukraine proper as a bargaining chip to get sanctions removed,” Hanson told the host of NTD’s Capitol Report, Steve Lance, in a March 8 interview.

“I think this is playing out pretty much as Vlad expected, except for the fact that his military vastly underperformed.” He said that Ukraine has been using the anti-aircraft equipment it has to undermine Russia’s military.

“What they also have, though, is the Russians have been not particularly good at the tactics they’ve been using. I mean, one of the more famous shots is an attack helicopter being ambushed. And you can’t ambush an attack helicopter unless it’s flying a route you knew it was going to be on.”

“So, I think the Russians are making some mistakes. And I think the technology and the capabilities that Ukraine had and has been given have made it a lot more dangerous for the Russians to think they can fly unopposed.”

Hanson said the offer from Poland, a NATO member, to give fighter jets to the United States, who would, in turn, give those jets to Ukraine, is making the war more dangerous.

“It absolutely heightens tensions between the U.S. and Russia because … at some level, those are NATO aircraft. I mean, Poland can give them to Ukraine and say, ‘Well, this is outside of our function as a NATO member.’ Putin does not see it that way and does not have to see it that way, and I think that vastly increases the danger.”

Hanson sees the Kremlin’s demands to take Crimea and the two provinces of Luhansk and Donetsk like an off-ramp to the war, as the land Putin is asking for is already either aligned with Russia or under its control.

“Crimea is definitely part of Russia at this point, for all intents and purposes, the two Russian-speaking provinces were in everything but name, and now they’re asking for independence. And at that point, if they’re independent, they will almost certainly join the Russian Federation.”

Hanson said another of Putin’s demands is that Ukraine not join NATO. So far, Ukraine has turned down Russia’s demands. Hanson believes Ukrainians have shown Putin they will not submit to his violent attempts to take their country.

“I don’t believe it really ever was [Putin’s] goal to take and keep Ukraine, because I can’t imagine many places other than Afghanistan that would have a more powerful and dangerous insurgency if you managed to topple their government.”

Hanson said if Russia did try to occupy Ukraine, they would “keep it at a very, very high cost in blood and treasure.”