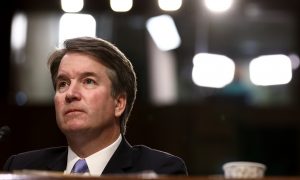 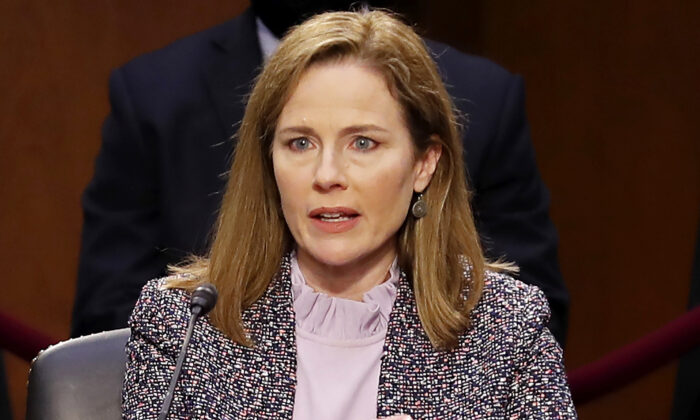 Even With Justice Barrett, We Don’t Really Have a Conservative Supreme Court

Conservatives celebrating the confirmation of Justice Amy Coney Barrett shouldn’t believe the media’s opinion that we have a “conservative Supreme Court” or that conservative justices will form a “6–3 conservative majority.”

Barrett’s approval will make some difference, of course. But this supposedly conservative court has been issuing many liberal decisions, and any shift caused by the addition of Barrett won’t be dramatic. This article explains why that’s so.

The claim that the court had a 5–4 conservative majority has been ubiquitous for several years. Not only from the media, but partisans from both sides have repeated it endlessly. Entering the phrase “conservative Supreme Court” into a Google search produces more than 75 million hits. That’s why so many are now predicting that Barrett’s addition will yield a “6–3 conservative majority” (more than 8 million hits).

Yet, the fact remains that at the close of every annual court term, commentators express surprise that so many of the court’s decisions over the previous year have been liberal. They never make the simple deduction that if the court is producing so many liberal decisions, then perhaps it’s not “conservative” after all.

But let’s start at the beginning:

Originalism is controversial these days; it shouldn’t be. For centuries, it has been the way judges and lawyers normally construe legal documents. The American founders expected the Constitution to be interpreted according to rules of originalism. Until the 1940s, the Supreme Court usually construed the document that way.

Even today, all justices employ originalism to a greater or lesser extent. But only one, Justice Clarence Thomas, is a consistent originalist. Perhaps Barrett will be as well. No one knows yet. Not even she.

A competing method of construing the Constitution is to follow the rulings from prior cases—the guidance of precedent. Chief Justice John Roberts, and Justices Samuel Alito, Brett Kavanaugh, and Neil Gorsuch consult the Constitution’s original meaning, but they also give significant weight to precedent.

Precedent is the usual way that judges make decisions when they’re governed only by prior cases and not by authoritative written documents such as statutes and constitutions. But matters get more complicated when they interpret a written constitution.

Suppose, for example, a justice is trying to figure out the meaning of a constitutional phrase such as “the freedom of the press.” There’s an earlier decision on the point, but the justice thinks it might be wrong. Should the justice follow it? Suppose the earlier ruling was probably wrong? Should the justice follow it then? Suppose it was almost certainly wrong? What if only a few people have relied on the earlier ruling? What if many people have relied on it? What if the precedent is only a few years old? What if it has been part of the law for many years? What if circumstances have changed?

In a 2018 case (pdf), Alito said that Congress could, if it wished, ban sports gambling nationwide. He was following liberal case precedents that give Congress almost total control over the nation’s economy. But under the Constitution’s original meaning, sports gambling is generally an issue for state, and not federal, regulation. Not surprisingly, Thomas the Originalist objected to Alito’s statement.

Many commentators treat both originalist and precedent-preferring justices as conservative. They overlook that both methods produce liberal as well as conservative outcomes.

By way of illustration, in a 2005 case, Thomas (in dissent) concluded that states may legalize medical marijuana, despite federal law to the contrary. By adopting originalist methods, he reached a liberal conclusion.

Precedent is even more likely to yield liberal conclusions. That’s because many of the court’s key constitutional precedents were decided by 20th-century liberal majorities: In the sports gambling case noted above, Alito (though often described as a “conservative”) was following a liberal precedent. A justice who adheres to liberal precedents will produce many liberal rulings.

I didn’t find it surprising, therefore, when a recent survey of actual court decisions showed that the “conservative bloc” doesn’t exist: Roberts, Thomas, Alito, Kavanaugh, and Gorsuch very often disagree. Each is really a party of one.

On the other hand, the same study found that the liberal justices really do form a liberal-activist bloc. Its members commonly vote together to promote liberal political purposes. They frequently adopt whatever methods of interpretation serve those purposes, and often follow their own personal methods. Justice Stephen Breyer (to name one) sometimes balances factors unmentioned in the Constitution to achieve underlying goals unmentioned in the Constitution.

But no one presently on the bench uses that kind of reasoning to promote conservative ideals. The current court includes no conservative activists.

In sum, here’s the court’s real composition (leaving out Barrett, who doesn’t yet have a Supreme Court record):

At one time, there were conservative activists on the court. Early in the 20th century, they occasionally formed a majority. They acted much the same way their modern liberal counterparts do. For instance, they misused the Constitution’s Due Process Clauses to create imaginary economic rights, just as today’s activist liberals misuse those clauses to create imaginary social rights.

However, the last activist conservative justice retired 80 years ago.

Over the past half-century, successful Republican presidential candidates have promised to appoint originalist justices. After all that time they have produced only one consistent originalist: Thomas. (Even the late Justice Antonin Scalia sometimes applied other methods; he disagreed with Thomas in the medical marijuana case, for example.) Assuming Barrett proves to be an originalist as well, those two will be far outnumbered by the rest.

One lesson from all this is that federal politicians, even when elected, usually can’t make lasting reforms that conflict with the power of the “Swamp.” The forces arrayed against them are too great. Citizens seeking reform, therefore, should focus less on the Supreme Court and more on persuading the states to force a convention for proposing constitutional amendments. But that’s another topic.