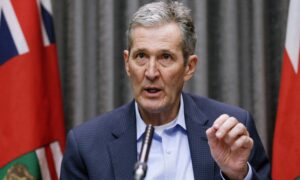 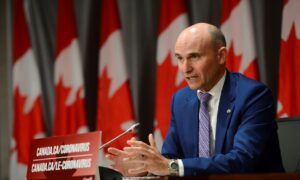 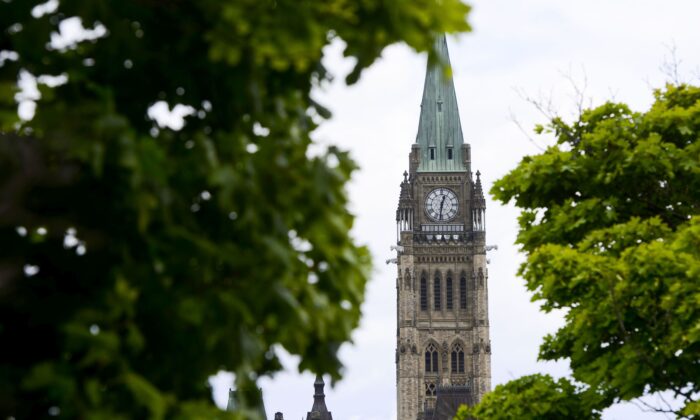 The Peace Tower is seen through the trees on Parliament Hill on July 20, 2020. Recipients of the Canada Emergency Response Benefit will be transferred to a revamped employment insurance system. (The Canadian Press/Sean Kilpatrick)
Canada

Eligibility Criteria Should Be Evaluated in Transitioning CERB to EI, Expert Says

The coming transition from the Canada Emergency Response Benefit to Employment Insurance raises the issue of the lack of adequate eligibility criteria for receiving the benefit, which could result in billions going to young Canadians of questionable need, says the co-author of a recent CERB-related study.

“CERB is basically unwinding and being transitioned over to EI. It will be interesting to see what revisions are based to EI eligibility criteria in the transition,” Jason Clemens, executive vice-president of the Fraser Institute, said in an interview.

“The government has stated that those eligible for CERB will remain eligible as the program transitions to EI, which begs the question of why they’re making the transition.”

Prime Minister Justin Trudeau announced on July 31 that CERB recipients will be transferred to what he called a “21st-century” employment insurance system that would cover every Canadian who is currently looking for work. It would include access to training, a source of income, and coverage for those who have fallen ill with COVID-19 or those who are taking care of family members who are ill.

In addition, Canadians who are gig and contract workers who aren’t regularly eligible for EI will be transferred to a newly created “transitional parallel benefit” similar to CERB that would allow them access to training and the ability to work more hours for pay while receiving the benefit, Trudeau said.

The last scheduled CERB pay period, which provides $2,000 every four weeks to eligible applicants, is set to end on Sept. 26.

One of the criticisms levelled at pandemic-response programs like CERB is that the benefit wasn’t as targeted as it could have been—beyond the $1,000 monthly cap on earnings—thereby giving money to those whose need is questionable.

In a recent study for the Fraser Institute, Clemens and his colleagues looked at the number of CERB-eligible dependent children aged 15 to 24 earning between $5,000 and $24,000 who are living with their parents in households with total incomes of $80,000 and $100,000 respectively.

The report noted that this group would have seen their average monthly income increase after receiving CERB, making them better off than when they were working.

If those not attending school are added to this group, the number of potential CERB recipients increases to 985,200 with a potential cost of $11.8 billion.

For those living in a household with an income of $80,000, the researchers conclude that the number of children eligible to receive the benefit increases to 1.1 million, coming to a potential cost of around $13.3 billion.

“Clearly the lack of household income as a qualifying criteria for CERB eligibility has resulted in many young people (school aged) being eligible for CERB with questionable need,” the report concludes.

In a press statement accompanying the release of the study, Clemens said given that the federal government is running a deficit of $343 billion this year, “every government dollar should target people genuinely in need, which doesn’t appear to be the case with CERB.”

He tells The Epoch Times that accounting for household income would have avoided some of the discrepancies hindering the efficacy and accuracy of CERB targeting.

“Two criteria added to CERB would have avoided the issue we raised,” he says.

“One, household income for those deemed as dependents. And two, the status of parent income in 2020. These two simple criteria would have avoided the kind of transfers we identified as low need, as well as a few others.”