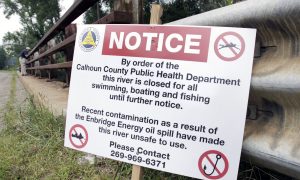 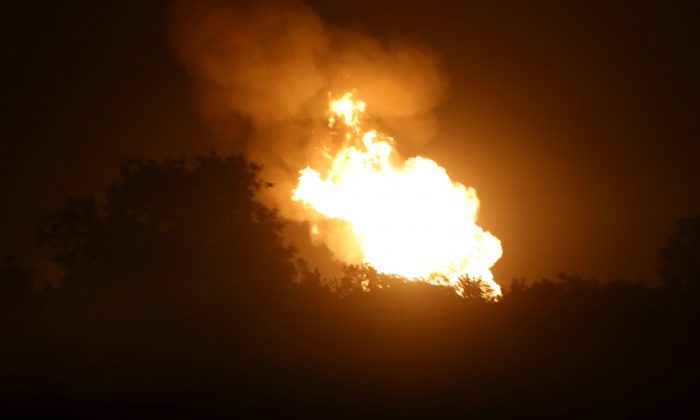 Evacuations but No Injuries After Pipeline Ruptures in Texas

CUERO, Texas—Authorities say no one is injured after a natural gas pipeline ruptured in rural South Texas, sparking a massive fire that prompted the evacuation of nearby homes.

Fonseca said early Monday that the gas had been rerouted and the fire is extinguished.

A Million Miles of Unfit Pipeline Are Accidents Waiting to Happen

She says seven homes were evacuated but that no one is injured. Residents will be allowed to return home after safety inspections are completed.

Energy Transfer Partners spokeswoman Vicki Anderson Granado says the company will investigate the cause of the rupture.

The Victoria Advocate reported that the blaze could be seen from 20 miles away.

Lindenau is about 85 miles southeast of San Antonio.